What the Earth Wants

John F. Kennedy in his inaugural address after the presidential war, had said, “Ask not what your country can do for you; ask what you can do for your country.” As true and profound this statement is, what is worrying is how everyone seems to ignore that this holds equally, if not truer for the […]

John F. Kennedy in his inaugural address after the presidential war, had said, “Ask not what your country can do for you; ask what you can do for your country.” As true and profound this statement is, what is worrying is how everyone seems to ignore that this holds equally, if not truer for the Earth, the lone planet competent to support life in the entire solar system. In the current scenario it appears as if mankind’s development is at war with the planet’s sustenance. What one fails to see is that the two cannot be mutually exclusive. In our hunger for dominance over everything we lay our sights on, we completely disregard the fact that mankind will perish if the planet does. The health of our planet is decidedly deteriorating time after time. But we choose to focus on issues that are relatively less pressing. We are constantly looking at how else Earth can be exploited to satisfy our greed. As Mahatma Gandhi knew, the Earth has enough to suffice our need, but not greed. Even so, the planet continues to bow before us, as we don’t give it any choice.

The planet has already been subjugated to tremendous torture to meet our demands, yet it continues to dole out its resources. We assume that as its permanent residents, it is our right. But in reality, it is a privilege that we conveniently refuse to value. All these resources are available to us, practically at no cost, which appears to be yet another reason for us to ignore their significance. We are living under the false pretense that nothing will go wrong, and even if it does, somehow it will get better on its own, or we will be able to apply some quick-fix measure at the last minute and save the day. Are we really that naïve to genuinely believe that all of this, the changes we’re witnessing around us are not our fault? Is it not our misdoings over time that is responsible for the planet slowly losing its livability quotient?

It is about time we wake up and realize our duties towards planet Earth. It is our responsibility to protect it from any future harm. It is not only good for the planet, but also in the best interest of the survival of humankind. Isn’t it sad how all life, the innocent flora and fauna, has to bear the brunt of the actions of a particular species, the humans, the so called evolved beings. If we really are so much more evolved than everything else, we should be taking the lead to curb the troubles caused by us on right about everything and everyone else. We as humans need to appreciate the planet’s selflessness and return the favor. It has provided us with everything we need and so much more without asking or expecting anything else in return. 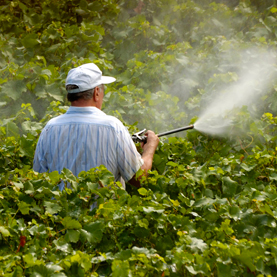 A little bit of care, love and kindness is all that it needs. We have to learn to exercise control. It is our responsibility to understand the validity of our excuses for continuing to exploiting our resources. We need to become objective towards our actions and its ramifications. Our lives and those of our future generations depend on it. The existing resources are more than enough to satisfy our requirements. We have to learn to make do with them.

The 3 R’s-Reuse, Reduce and Recycle, have a major role in aiding us in the optimum use of the current resources. Reuse signifies any material or product that has value if reused, that is, it need not be discarded once its first life is over. Reduce signifies curbing the use of materials at the manufacturing stage itself. We need to truthfully ask ourselves, do we really need this. If not, then we have to learn to walk away, hence reducing the requirement appropriately. Recycle signifies any part or sometimes even the whole of the material or product in question can be salvaged in scraps. It could be disintegrated and individually reused or combined with other parts to produce something else hence saving resources and optimally utilizing the existing ones. Such minimally invasive alterations in one’s way of life can go a long way in slowly, yet steadily, helping our planet to sustain. The ease with which they can be incorporated makes them appropriate for a layman to make his contribution to this long and tedious journey towards recovery. 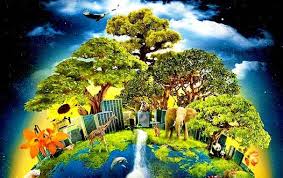 Technological innovations in every field without compromising on the resource conservation will also have a major role to give the Earth what it wants, what it deserves. Taking care of the Earth’s natural resources is our fundamental duty. Curbing pollution at the root level, including that of air, water, land and noise, is an integral step in this process. It is the tendency of humans to expect everybody else to do the right thing. But, as it is said, charity begins at home, one needs to understand that it is their moral obligation to do their bit in order to save the planet. It is vital for the Earth’s sustenance and our survival that we do everything we possibly can to try and bring our planet to its true long lost glorious form.