You are here: Home \ Environment \ Ecotourism: Good or Bad?
Environment
0

No city lights, only the moonlight, the fireflies and the jungle calls to keep you company in your tent in a forest camp. Like that idea, don’t you? If you are one of those wilderness loving types, then most of your holidays revolve around being in commune with the environment, in jungles and mountain trails. […]

No city lights, only the moonlight, the fireflies and the jungle calls to keep you company in your tent in a forest camp. Like that idea, don’t you?
If you are one of those wilderness loving types, then most of your holidays revolve around being in commune with the environment, in jungles and mountain trails. You tend to run away from the city, the noise, the malls and the mad consumerism. Well, you are not the only one. Today, more and more people are opting to replace beach and party holidays to log cabins in forests. More and more people want to chuck the city guided tours and replace it by walking through jungle trails with the local community and explore the forests. This has given rise to a rather big and growing industry called ECO-TOURISM.

• Eco-tourism has many advantages that affect a wide range of people.
The tourists have a life experience of the things they see on Discovery Channel, that is, they get closer to Nature and see its wonders for themselves. Children can actually see a banyan tree in the forest than just read about it in books (yes, many unfortunate school kids have to face this scenario of not having seen a common tree around, thanks to the concrete jungle.)

• The local community in and around the forest or the natural tourism spot find livelihood in the jobs of being guides, boatmen, drivers, fishermen, restaurant and motel owners, camping instructors, etc. Definitely, the influx of tourists gives them a big boost on the financial end. This money can be put to use by making schools, roads and other public amenities for the local population.

• As the local people already have jobs, they do not have to emigrate and hunt for jobs, causing displacement and extra influx in another city. The demographics are maintained. In a country like India where Natural heritage abounds but so is unemployment, eco-tourism is a brilliant way to get money in bank accounts without a lot of developmental infrastructure, Nature has already provided us with that.

• The indigenous people know their area best and care for it too. Having them around reduces the effort and resources that go into conservation from the State treasury. The thriving ecotourism takes care of it.
• The cause of cultural exchange and tolerance is helped to a great extent by eco-tourism as people get to know other people’s cultures better. 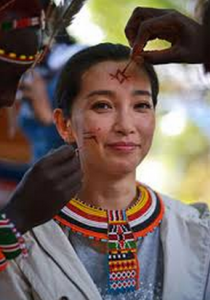 • Sensitivity to the environment increases via eco-tourism. It has the best impact as far as sensitivity is concerned on students and young adults- the people who are affecters of change and it is crucial to give them such exposures and opening to bring it about.
• Conservation of biodiversity is easier when the tourists are cooperating and the locals are there to keep a check.

• It increases moral responsibility of the tourists to the environment and many of them go back to begin a very environmentally conscious lifestyle.

• Indigenous knowledge of the area remains with the local people and is passed on from one generation to another. It is this fact that the Indian Government has harnessed into constituting the Joint Forest Management system.

• People are getting a respite from the mad rush. Meanwhile, they are also staying away from full throttle consumerism, which is always great for the environment.

However, there are a lot of ill-effects of ecotourism too. When humans get to it, they always overdo it, which is precisely what is wrong with ecotourism.

• The chances of a culture mix-up are high. Mostly the indigenous culture is customized to suit the Western needs. That not only adulterates the purity of the local traditions and culture, it also brings in foreign materials that the environment around may not be able to assimilate.

For example, in many Indian and South Asian countries, food is served on a banana leaf and there is no concept of a plate. But, to suit the tourists, the plates are made out of styrene and painted like a banana leaf. The disposable but non-biodegradable plates add to the junk and minus the aesthetics of the area. 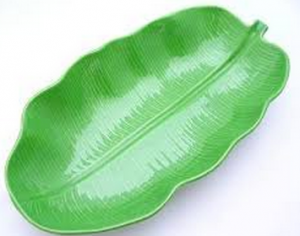 • These days ecotourism is sold as a package instead of an experience. The package is usually made by money making companies and very little of it reaches the local people. For the luxury of the tourists, the locals have to import food and other resources which put a pressure on the revenue and little remains from it to sustain local families.

• The environment is harmed by ecotourism, contrary to its ideals. The animals in a jungle are harmed by the litter spread by campers, no matter how vigilant and efficient the forest rangers are. The litter may be highly toxic to foragers around.

• Increasing human contact with the wild animals has not only reduced fear but also increased chances of man-animal conflict. Borivali, near Mumbai sees leopards moving in and out of human settlements way too often. 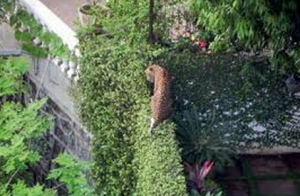 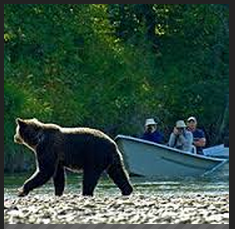 • Corruption is rooted even in ecotourism. The core areas in tiger reserves is out of bounds for visitors but if you shell out the required bucks, you reach there, complete with the jeep and all. This takes a toll on the wildlife.

Ecotourism is taking a toll on the Earth’s natural systems but so are most of the human activities. It is definitely exploiting Nature but it is better than the rest of the stuff. If we go back to keeping it balanced and not going on a gold-digging spree in ecotourism, it will become all good again.