I hope I got enough attention towards this post. But yes it’s going to happen if we don’t revamp the current scenario or situation regarding the Environment. Environmental Education is must but before moving towards that direction, let’s concentrate on the meaning of the term. Education? A simple world of nine alphabets but has the […]

I hope I got enough attention towards this post. But yes it’s going to happen if we don’t revamp the current scenario or situation regarding the Environment. Environmental Education is must but before moving towards that direction, let’s concentrate on the meaning of the term. 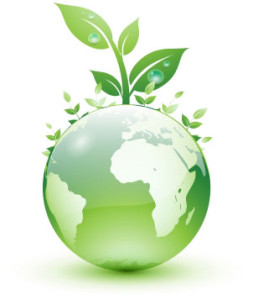 Education? A simple world of nine alphabets but has the meaning as vast as an ocean. Around the world, every other person believes that Education is a part of their lives, not because we follow an ideology but because it’s mandatory to survive in this ruthless weird world. When a child is born, their parents make plans for that little infant on how they would be teaching him to study, in which school they would put him and what they would want him to become. It has become a ritual everywhere and Education has been given the paramount status all around.
But, the ironical part is, the world is educated enough to survive in their life but most of the people aren’t educated to help make the planet survive. If ‘Earth’ would be a person, he/she would have been desolate by looking at the dastardly things which the so called educated people do to him/her. Education helps to excel in our life but Education should also take care to excel our planet so that it could reciprocate by increasing the health of the people.

No one can deny the fact that a step is always taken by the management of every school and college in guiding their students towards the Environmental Education but the students are naïve and incapable to understand the difference between a fact or information and knowledge. Yes, every other person is aware that we humans are solely responsible for causing destruction and havoc to the environment but most of them are not educated environmentally to work towards in maintaining it.

We should feel blessed and satisfied with ourselves that we are living in the world where there are still beautiful landscapes, long stretching forests and never ending water falls. We are witness of the presence of Antarctica Glaciers, the mighty Himalayas and the beautiful cities like New York, Venice and Mumbai. If someone would wonder, from where did that come from, then well, the reality check is, if the current practices are followed at the same rate towards destroying Environment, then lately, Antarctica Glaciers and Himalayas would melt due to Global Warming resulting in the upsurge of water level around the world which would result in the mass destruction of low lying cities. The fiercest environment would raise the temperature at such a level which might dry up the rivers, lakes and ponds. The entire forests might be cut in order to produce the products to cater the needs of the increasing population, which in turn would destroy the beautiful magical landscapes.

It seems a dream or a documentary released by Discovery but this is the reality and if still everyone would feel tormented learning Environmental Education then the world should be afraid that the upcoming generation would face the wrath which the current generation have already ignited.

Now, there is no doubt that theoretically Environmental Education might be boring for many but as teaching it, it is mandatory and necessity. There are some really intriguing and out of the blue ways to teach the students the importance of this topic. At school and college level, the students should be taught with more of practicality and less of theoretical. Now, the ways to do should be interesting too like the students should be teamed up and taken to camping or a field trip. This would not only create an awareness towards the Environment or nature but also would help the student to use his creativity. A survey had proved that the students having more outdoor activities tend to have higher knowledge, a different and unique perception towards any situation, tends to be extrovert and would have a very creative mind. 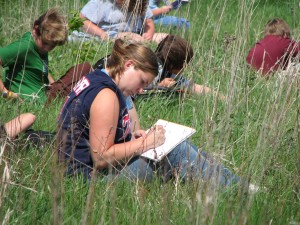 The activities would also bring out some important traits in students such as Leadership, Team Work and Co-ordination. The same set of activities can also be planned for the people working in offices as students are not solely responsible to resurrect the harm already done. Moreover, these days the people are buried deep down in following their regular schedule, so, it’s a high time when they should realize the care that nature require.
People tend to waste their time working towards to have all kind of luxuries but it’s futile when the planet in which you are working won’t serve you anymore. People’s list of aims should also include to maintain the environment and nature, it should be given the same paramount status like other items on the list. A little step by every person would bring a big change in preventing the world which we live in.