We have read quite a lot about different methods of pollen grain transfer from flower to flower (cross pollination) or in the same plant (self pollination) in lower classes while we learnt about the whole process of reproduction in plants called pollination. Pollen is a powder made of pollen grains, which produce sperm cells (male […] 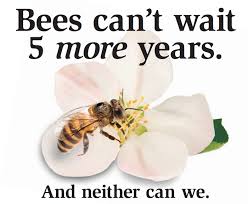 We have read quite a lot about different methods of pollen grain transfer from flower to flower (cross pollination) or in the same plant (self pollination) in lower classes while we learnt about the whole process of reproduction in plants called pollination. Pollen is a powder made of pollen grains, which produce sperm cells (male cells used for reproduction) of seed plants. Self pollination is the process heading in plants having the male and female reproductive parts both, whereas cross pollination requires the pollen to be transferred from the male reproductive part in one flower to the female reproductive part in the other. Thus the agents carrying these pollen grains are called pollinators. We are acquainted with the fact that plants and animals are interdependent thus even for pollination, animal pollinators are beneficial, since they can traverse longer distances thus ending up with foreign hybrid flowers in regions and make a substantial rise in the flora and fauna of that area. 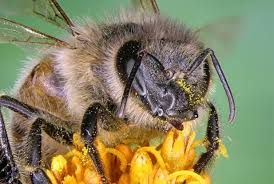 Insects and other animals involuntarily transport pollen from flower to flower playing an important role in many plants’ reproductive cycles. Though wind is an important agent in transferring the pollen, but it is restricted to only light weighted pollen produced in large quantities, which is again a matter of chance that the pollen reach the female flower. In contrast to which the insects serve as efficient agents, specific in their action of transferring.

Pollinators participate in ensuring genetic diversity for plants and flowers.
The reduction in the population of pollinating agents or pollinators, usually bees, insects, butterflies, birds and bats due to human interference and invasion by foreign troops of insects, in various ecosystems is termed as pollinator decline.
Possible pollinator decliners
The practical reasons, potentially explaining the pollinator decline in the twentieth century, are all pointing a finger on humans. Human interference has always proved to be malicious for environment keeping in mind their exploiting needs and demands.
Pesticides proving to be lethal and numbing bee brains
Researchers have been constantly focusing on the pesticide overuse and actually misuse declining the health status of bees all over the world. Pesticides have been a substantial tool in decreasing the bee population and pollinator decline.
A study that focuses on pesticides namely, Neonicitinoids are highly toxic to a range of insects, including honey bees and other pollinators. They are taken up by a plant’s vascular system and expressed through pollen, nectar and guttation droplets from which bees forage and drink. They are particularly dangerous because, in addition to being acutely toxic in high doses, they also result in serious sub-lethal effects when insects are exposed to chronic low doses. These effects cause significant problems for the health of individual honey bees as well as the overall health of honey bee colonies and they include disruptions in mobility, navigation, feeding behaviour, foraging activity, memory and learning, and overall hive activity. Thus, in all their lives are at risk, endangered and can no more contribute to pollination with their sub-lethal condition and numb brains. Bumble bees, which are wild pollinators, are suffering similar impacts of pesticide exposure to “managed” honey bees. Wild pollinators provide essential services both in agriculture and to a wide range of wild plants that could not survive without insect pollination.

Globalisation of parasites and diseases of pollinator species
Parasites affecting bee health and other diseases causing to which pollinators do not have much resistance are rapidly being transferred all over the world. Thus these parasites and pests are proving to be pollinator decliners.

Loss of habitat and forage
Large tractor mounted rotary mowers may make farms and roadsides look neater, but they remove bee habitat at the same time. Old crops such as sweet clover and buckwheat, which were very good for bees have been disappearing. Urban and suburban developments pave or build over areas which once were pollinator habitat.

Air pollution
Air pollution from automobiles and power plants has been inhibiting the ability of pollinators such as bees and butterflies to find the fragrances of flowers. There results a vicious cycle in which pollinators travel increasingly longer distances to find flowers providing them nectar, and flowers receive inadequate pollination to reproduce and diversify.

Light pollution
We might have never heard of this phenomenon where even light could be a pollutant. But yes, more lights can be a cause for low pollinator population and thus low flora. Increasing use of outside artificial lights, which interfere with the navigational ability of many moth species, and is suspected of interference with migratory birds, may also impact pollination. Moths are important pollinators of night blooming flowers and moth disorientation may reduce or eliminate the plants ability to reproduce, thus leading to long term ecological effects.