If you are sitting and looking at a green living site I’m sure you’ve heard all the rantings that go like, “fossil fuels are BAD!! Renewable energy FTW !!” You know what, the Ranters have it absolutely right. Since the age of industrialization, we have been using the combustion of fossil fuels as a source […]

If you are sitting and looking at a green living site I’m sure you’ve heard all the rantings that go like, “fossil fuels are BAD!! Renewable energy FTW !!”

You know what, the Ranters have it absolutely right. Since the age of industrialization, we have been using the combustion of fossil fuels as a source for energy. Since the very beginning of those times, our consumption has increased greatly. But has the reservoirs of fuel increased? No, it hasn’t, and this is the reason why we say that fossil fuels are Non-Renewable. It takes a time scale of millions of years for crude oil to be formed, a time scale which just doesn’t match our much shorter lives, or our voracious appetite. Eventually, this source will run out and we’ll have to look at other sources. Oil is speculated to run out anywhere between 2025 and 2070, natural gas is estimated to run out in the next 50 years, and coal is estimated to last us the next 1000 years, but after oil depletion, the demand for coal may very well increase and cause it to run out sooner.

Even if there is still some time left to us to fully use fossil fuels, there are numerous cases against it that make shifting away from it sooner much more attractive. The biggest reason to do so would be what I like to call, the ‘swear-words’ of the green community: GLOBAL WARMING! Fossil fuel combustion produces large amounts of greenhouse gases, which remain in the atmosphere for a long time and increase average temperatures. Besides this, combustion of fossil fuels is inefficient too, with an energy conversion of just around 35%, and also has a tendency to produce toxic chemicals as a by-product.

Another major reason to shift away from fossil fuels is the price. Unlike renewable energy (which we will be talking about in a moment), fossil fuel sources are not available locally. They are only available in a few areas, which means the fuel needs to be imported. This drives up the price, and with crude oil getting scarcer, the price is only going to increase. 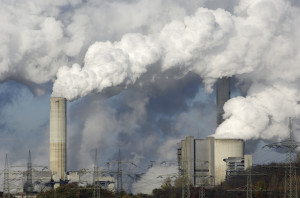 So, like it or not, we’re going to have to have to change our source. Sorry petrolheads… your days are reaching their end. It is the dawn of the age of renewable energy.

And what is renewable energy? It is energy from resources which are naturally replenished on a human timescale. Besides being eco-friendly by reducing, or cutting out carbon emissions completely, renewable energy has a much better energy to electricity conversion rate, depending on the type of source used. It is also not localised in one spot but can be obtained more or less everywhere, thereby cutting import costs and dependency on a select few nations.

Ban Ki-moon, the current United Nations’ Secretary-General, has said that renewable energy has the ability to lift the poorest nations to new levels of prosperity.

“But what really IS renewable energy??”

Hold your horses, I was just getting to that. There are many varieties of renewable energy, but here we will only look at the more popularly employed ones. These are:

So let us take a look at all of these sources. Wind farms consist of multiple windmills that make use of the wind to rotate a turbine which produces electricity. Offshore locations are preferred, since the wind reaches far greater speeds there, making wind energy very efficient since the electricity generated is a cubic function of the speed of the wind. These offshore sites generate around 90% more electricity than on-shore farms, nevertheless, on-shore farms are common too. Some argue that this ruins the beauty of the surrounding landscape, but this is subjective since some people find the sight of windmills quite picturesque. 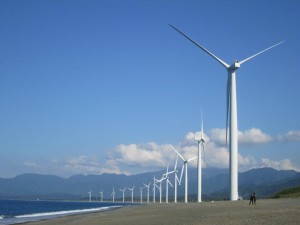 Hydro power makes use of the gravitational force of falling water to turn turbines and generate electricity. Dams are constructed for this purpose, the largest being the Three Gorges Dam in China. China is the country that makes the most use of hydroelectric power, accounting for a whole 17% (721 terawatt-hours of production in 2010)of the power used domestically. However, large dam projects affect the ecosystem around since they affect   the river flow and displace locals in the area. 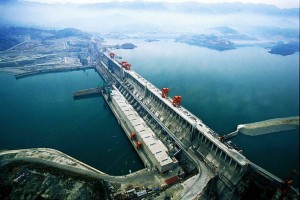 The Three Gorges Dam in China. The largest, and most notorious dam that displaced around 1.2 million people

Wave power also involves water, but more importantly, it makes use of surface waves in the ocean to generate electricity. Floating buoy like devices called Pelamis Wave Energy converters convert the mechanical energy generated by the motion of the structure (because of the waves) into electricity. 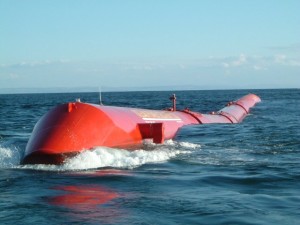 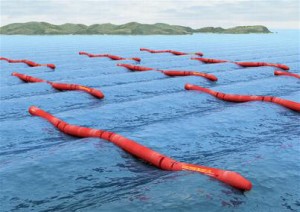 Tidal Power can be used in two ways, barrage generation, or using tidal stream generators. Generally, the second option is preferred since it has a smaller impact on the ecosystem. It is much like a wind mill, but is situated in a tidal current. Being more predictable than wind or wave power, tidal power has huge potential, but is still in its infancy. 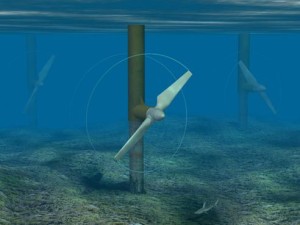 One form of renewable energy that is certainly not in its infancy is Solar Power. There are a wide variety of solar panels and solar heaters etc available for household use, and even streetlights that are run on solar power. Solar panels make use of the energy from the sun’s rays and concentrate it into a thin beam which reacts with the material in the cells to produce electricity. It is probably the most widely known and widely used form of renewable energy. 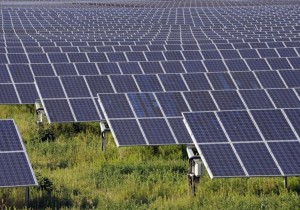 Moving on, we have geothermal energy. The heat from the earth’s core rises towards the surface as magma, and this heat is tapped into to produce electricity. Geothermal plants and heating was earlier limited to areas around the boundaries of tectonic plates, but with new and improved technology, the range has been extended to huge extents! It is very powerful, and a single large plant has the capacity to power entire cities. The largest group of geothermal power plants in the world is located at The Geysers in California, United States. 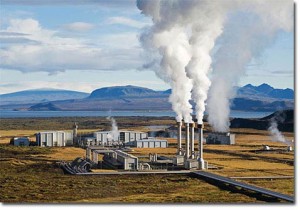 Biomass and biofuel are both related to each other. Biomass is biological material derived from living, or recently living organisms, which can be combusted to produce heat, or can be converted into Biofuel and then be used indirectly to produce energy. The most common and largest source of biomass used is wood. Other examples of biomass include many varieties of plants like switchgrass, hemp, corn, poplar, willow, sorghum, sugarcane, bamboo,and a variety of tree species like eucalyptus and palm oil. These can be converted into various forms of biofuel like methane gas, ethanol etc. 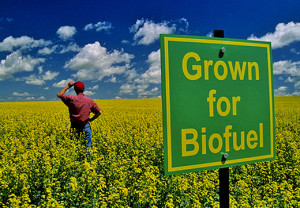 Biomass and biofuel may be renewable, but they do not address global warming concerns as they do still release carbon dioxide in significant amounts. But it is nevertheless a renewable source of energy.

All in all, with the variety we have, there are many clean and green options for replacing fossil fuels altogether. Many countries have already shifted a majority of their consumption to these options. The future will show a further, and eventual complete shift. The sooner the better is every environmentalist’s opinion.