You are here: Home \ Health \ Resources \ Food waste generation; Why should we care?
Health
0

Food waste generation; Why should we care?

The world population is expected to reach 9 billion by 2030 and this large population will require food to eat, to survive. This means that in the coming years we need to produce more food to feed this extra 2 billion, while ensuring that we also produce and provide enough to feed the millions in […]

The world population is expected to reach 9 billion by 2030 and this large population will require food to eat, to survive. This means that in the coming years we need to produce more food to feed this extra 2 billion, while ensuring that we also produce and provide enough to feed the millions in Asia and Africa that presently face shortage of good quality food and absolute starvation at times. 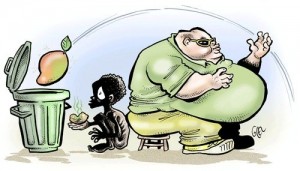 But food security isn’t just about producing more food. The food supply chain has a potential to create an enormous amount of waste all the way through that chain. Food waste can be generated at all stages in the food supply chain, including while growing the crop, during storage, and transport to the point of sale. And not to forget in our homes, when we don’t get around to using it.

However, there is a difference across nations in the scale of waste generated along the food chain. In the most developed parts of the world the vast majority of the waste comes from the home environment. So for instance, in the UK people actually throw away more bananas than they actually eat. The latest figures published by a UK organisation, working towards reducing waste, called WRAP estimate that 4.2 million tonnes of food and drink waste is generated each year in the UK, worth about 12.5 billion pounds. It is important to note that this is not just a UK problem but a worldwide phenomenon.

On the other hand, in the developing world the problem area is storage and transportation. And that’s where the vast majority of the losses come in, and the waste is generated in those developing nations.

Stages of food chain along which waste is generated

The first of those stages is in production of the crop. Field grown crops are subject to the vagaries of the weather. Climate change is resulting in extreme weather conditions. For instance, untimely rains destroy standing crop many a times. Also we all would be aware of the enormous impact drought can have on crop production.

The second stage along the food chain would be storage and obviously once harvested, the crops often have to be stored. Either because the crop grows seasonally, and we need to eat all year round. Or because the crop is grown in one particular region or country and requires transportation.

Unfortunately as soon as a plant is harvested, it will start to decay. So we have to have mechanisms to try to slow down the process as much as possible. This can be significant hurdle for growers in developing world, because it often requires access to facilities in which the storage environment can be modified, such as keeping the material cool. In developing countries like India, there are majorly small-scale farmers that do not have the infrastructure to store crops. A lot of the fruits and vegetables, which are highly perishable, get destroyed either due to lack of cold storage or in transit. We also know how much stored grain goes to waste in Food Corporation of India’s godowns due to poor infrastructure.

Lastly an increasingly important route for generation of food waste is the consumer themselves. For many in the developed world, there’s an unlimited supply of fresh, and varied food sources. People tend to shop less often but end up buying more when they do so, thanks to the spectacular array of products and schemes provided at the supermarkets. All that food does not get eaten before its best-before date and thus ends up discarded to the waste bin. 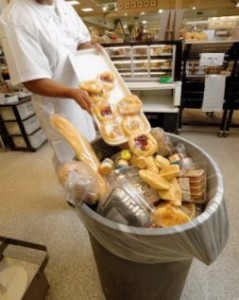 Another reason for waste at the hands of consumers is that we’ve become used to blemish free produce. Growers and suppliers now go to great lengths to sort, wash, and grade our food, so that it appears in supermarket in the very best condition. Most consumers are choosing to buy food that looks good and are avoiding blemished or misshapen commodities, which consequently go to waste.

Strict regulation criteria in developed countries often mean that if minimum levels of residues on food products are not achieved, then whole shipments of fruit and vegetables have to be discarded. India was at the receiving end of such a regulation when our entire shipment of Alfonso mangoes was banned by the European Union. So the causes of food waste are many and varied and can happen at any point in the often lengthy production and marketing chain.

Why we should care and what we can do?

UN’s Food and Agricultural Organisation estimates that every year one-third of the food that we produce goes to waste. Mind you, it’s not only food that’s wasted in the process but also resources used to grow, store, package, transport and market that produce, which amounts to really huge monetary wastage. 28% of the world’s agricultural land grows crops that are wasted. Also the amount of water wasted in this process can serve all of the world’s household needs. And imagine all this wasted food ending up in landfills. It then produces so much greenhouses gases that if it were a country it would then be the third largest emitting country in the world. So to get things into perspective, that’s the scale of food waste that we are dealing with. 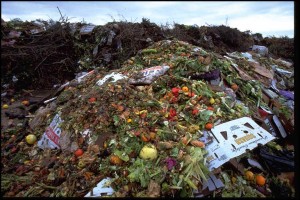 We need to act as responsible consumers and advocates, and push governments, food manufacturers and everyone else on the food chain to pay attention to the food waste. Government investments in agricultural infrastructure are much needed in developing countries to prevent wastage on the farm and in storage. Developed nations need to have initiatives where blemished or misshaped food items can be fed to animals or distributed among the poor. Such schemes need to be promoted and we must imbibe the philosophy of ‘Reduce, Reuse, Recycle’ even for food waste. Finally, all of us as consumers need to make a sensible, conscious choice while purchasing food items and ask ourselves “Do I need it?”