Global Warming – A Nightmare in future 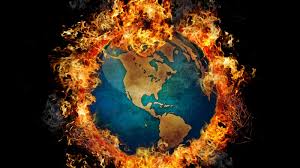 In Earth, the natural amount of green house gases give us about 33o C, so without these gases Earth would be below freezing point. The major green house gases are carbon dioxide which is causing 10-25%, while water vapor is causing about 30-70% of the effect. Methane has about 5-10% effect, and ozone which has 3-7% effect. Since the industrial Revolution, Human has increased the quantity of green house gases. According to a study in 2007, the amount of carbon dioxide and methane have increased about 148% and 36% since 1750’s. The burning of Fossil fuel has produced the maximum amount of co2 in the past 20 years, while the rest is because of deforestation. Coal burning has caused about 43% of the total emission of carbon dioxide; oil is about 34%, gas about 18%, cement production about 4.9%. Population has also contributed a lot to the increase in carbon dioxide, when there is population increase, people will need shelter and food, because of that, human will cut the trees and plants for shelter and food. Plants and Trees take in Co2 and give oxygen which is the basic requirement for us. But we cut the trees and this carbon dioxide has no way out of the atmosphere and will roam around and increase the temperature. Carbon dioxide has a life time of a century or more, which will create a change in the climate and only leave the atmosphere. Global dimming is also caused, which refers as the reduction in the amount of irradiance in Earth’s surface. The main cause of this is the particulates produces by volcanoes and human pollutants, which exerts a cooling effect by reflecting the incoming sun rays. Black Carbon comes second in the contribution in global warming. Particulate are not the only reason for Dimming, but also some gases like Sulphates which acts like cloud condensation nuclei which is the cause for clouds with more and dense droplets, these clouds reflect the rays more significantly than the clouds with large and less droplets. 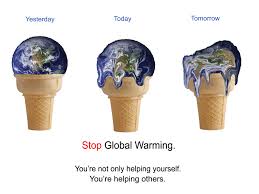 Soot acts as an agent which will either cool or heat up the atmosphere, depending upon the place it is present. Atmospheric soot will cool the atmosphere by absorbing the radiation. While in rural places, this soot will absorb the green house gases and then heat up the surface. A study was made recently about the solar system, to know if the sun was the reason for the recent climate change, but the study proved to be wrong, Sun has not increased its output in the past 30 years.  The green house warming have heated up the lower atmosphere while have cooled down the upper atmosphere which is stratosphere. Depletion of the ozone layer by the refrigerants has also resulted in the cooling of the stratosphere. If Sun was responsible for the changes, then both the stratosphere and the troposphere would have been heated. In the terrestrial Ecosystem, there was no change and did not have any impact on the plants and shrubs in the earlier stages, but with the increase in temperature, there will be effect in the coral reefs, tundra and the mangroves. Observation states that ecosystem will be affected by the increase in temperature and will lead to the extinction of some species. Increase in the atmospheric carbon content has lead to ocean acidification. When carbon is dissolved in water, it will reduce the pH level. In the past 200 years, the pH level has taken a dramatic change, now the pH level has decreased from 8.2 to 8.1.Future acidification can affect the fishes, coral reefs, protected species and extinction in some water species. The only way to stabilize the global warming is to control the amount of carbon dioxide that is being let out, since carbon has a very long life time, it will surely make an impact in the climate. Global warming will affect human being, animals, and plants. We depend on each other, so even if one of the species is affected, then indirectly we are also affected. Indian will have a decrease of about 30-40% of vegetation by 2080. A rise of about 3o C will help the high altitude areas to yield crops, while it will affect the low latitude areas. 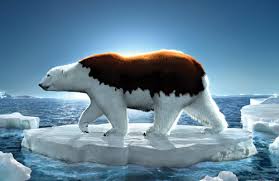 This is the challenge in front of us, these gases are melting the ices, and in this rate, there will be a 200 feet rise in ocean levels. Due to warming, about 5 km glaciers have retreated since 1953.Now no use in debating about all these facts, and preventive measure should be taken. Some of the preventive measures are,

The control methods are in our hands and we can only achieve it if we start from today. We are the ones living in this earth, so to make our environment pure, we have to follow these preventive measures and save Earth from dying.