The Ozone Layer – Your Invisible Protection

Are you the kind of person who likes a nice, quiet walk? Or the kind who likes to be out of the house every evening? Do you believe in an invisible protector? Believe it or not, you do have one. The only reason you can go out anywhere without erupting into boils and rashes is […]

Are you the kind of person who likes a nice, quiet walk? Or the kind who likes to be out of the house every evening? Do you believe in an invisible protector?

Believe it or not, you do have one. The only reason you can go out anywhere without erupting into boils and rashes is because of this very ‘protector’. I’m talking about the ozone layer, the gaseous mass that sits high up in the sky, and reflects ultraviolet radiation.

The sun’s light is essential for our survival, but there is also a harmful side to it. Sunlight also contains harmful ultraviolet (U.V.) radiation that can cause many problems for both humans and animals. Without the protection of the ozone layer, it is thought that our dear planet would be bereft of life. It is one of the things that is so unique to the earth, and which makes it the only inhabitable planet so far. 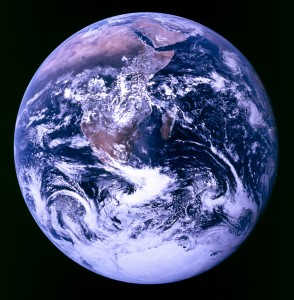 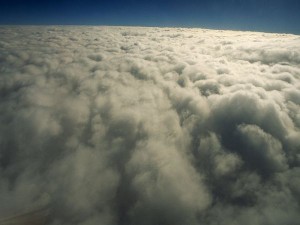 The Ozone Layer protects us from harmful U.V. radiation

For some time now, this essential layer, on which all life depends, has been under attack by the most ignorant and selfish species of the planet (want to take a guess which one?). The main instrument responsible for all this damage has been aerosol sprays that contain chlorofluorocarbons (CFCs). These CFCs don’t break down easily, but when they reach the stratosphere, the ultraviolet radiation breaks it down into free radicals that react with ozone. The U.S. Environmental Protection Agency has stated that a single chlorine atom has the ability to destroy thousands of ozone molecules. This is because it creates a chain reaction by the formation of another free radical upon reacting with the ozone. This free radical in turn reacts further, and so the process goes. This is a representation of what an Ozone molecule looks like

It has been estimated that the ozone layer has deteriorated by as much as 20% in some areas. The maximum damage though is seen over the Antarctic, where the ozone layer has seen a deterioration of 65%!! The reason for this is the lower temperatures and longer daylight period. This particular area is referred to as the Ozone Hole. It is quite a scary discovery, and it shows the extent of the problem. It is causing much worry among scientists and environmentalists, and quite frankly you should be worried too, because this has a direct impact on your health. 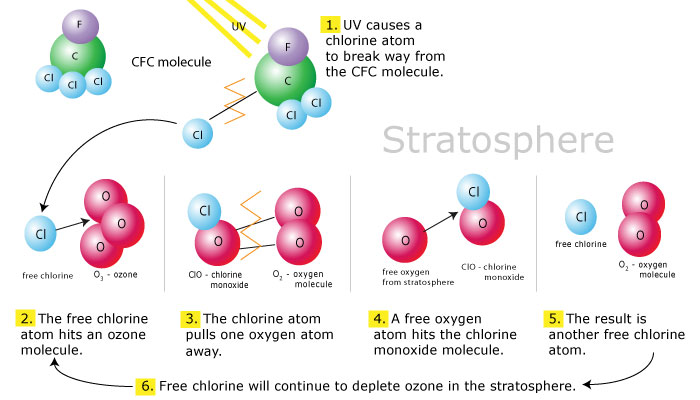 The reaction between CFCs and Ozone

You may very well say “How do you know if it’s not organic sources of chlorine that is causing the problem?” Well, volcanic eruptions do expel chlorine, but this chlorine is water soluble. So it doesn’t reach the stratosphere. CFCs on the other hand are not water soluble and thus do reach the stratosphere and create problems. About 90% of these CFCs were emitted by industrialized nations including the United States, and countries in Europe. Since 1996 these countries have banned the use of CFCs, so the chlorine levels in the atmosphere have reduced, although scientists estimate it will take another 50 years for chlorine levels to return to normal. 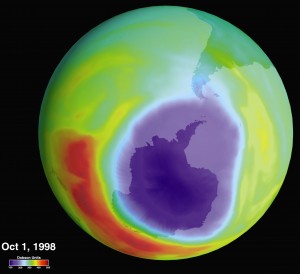 Hole in the Ozone Layer over the Antarctic

Nevertheless, there has been positive progress in the battle for the ozone layer. In 1987 the Montreal Protocol was signed by a few nations, and these nations committed themselves to reduce, and eventually phase out CFC use altogether. Today, the number of nations that have committed themselves to this is over 190, and it was amended to further accelerate the phasing out of ozone-depleting substances. The E.P.A. too has enacted a ban that will further cut CFC emissions.

A good thing too, ‘cause U.V. radiation seems to be quite the baddy over here. With ozone depletion, more U.V. radiation has been passing through, and the results are not too good.

For starters, let us look at its direct impact on humans. More U.V. exposure will lead to more cases of skin cancer, rashes, sunburns and premature aging of skin. It will also lead to increased chances of cataracts, blindness and other eye diseases. U.V. radiation can damage many parts of the eye, so it is always recommended to wear sunglasses that are polarized or U.V. protected. Simple shades will not do, in fact, they are worse! Because your eye will only respond to visible light, and so, if you wear sunglasses the pupil will dilate and let in more light, thus allowing more U.V. radiation to enter if the glasses don’t reflect it. A study (Environment Canada) found that a 10% increase in U.V. radiation resulted in a staggering increase of 2 million people per year developing cataracts!! If this wasn’t bad enough, the radiation also weakens the immune system (a phenomenon called immunosuppression). So your body will not be able to fend off viral and bacterial attacks as effectively as before, and this weakening is also linked to increased chances of skin cancer.

These are just the direct impacts on our health. The indirect ones haven’t even been mentioned. Many species of crops and vegetables including wheat, rice, oats, carrots, beans, broccoli etc are vulnerable to U.V. rays. Seedlings especially will be affected. There will be reduced growth, photosynthesis and flowering. And what is photosynthesis linked to? Answer: releasing Oxygen. So reduced photosynthesis means you have less oxygen to breathe!

Even marine and animal life will be threatened. Plankton, which is at the bottom of the food chain for marine life, is vulnerable to U.V. rays, and thus increased radiation can throw the whole marine population into chaos. Animals would suffer much the same as humans, and those in the polar regions even more so because of the Ozone hole.

Materials like wood and plastic, fabric and rubber, will all degrade faster under extra exposure, and this can throw economics into chaos too. 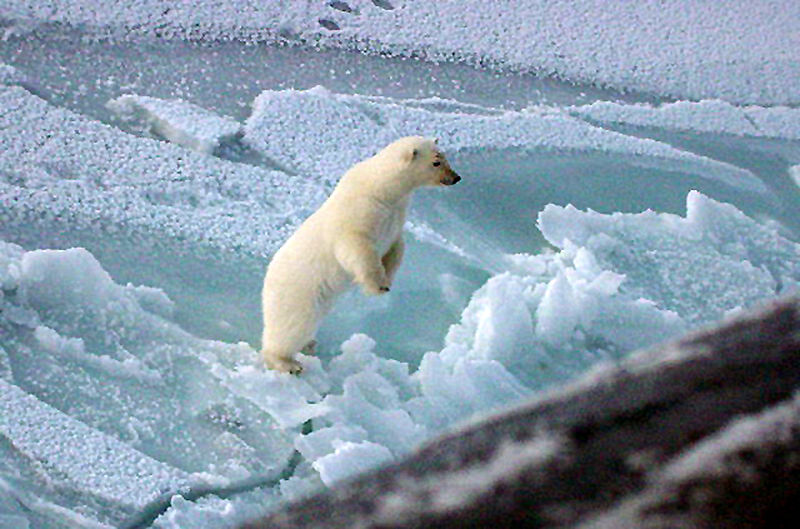 The Ozone hole over the Antarctic will negatively affect the polar region, and all the animals that dwell there

I think that is sufficient to give you a sense of the gravity of the situation. This is not something in which you can take a back seat and watch the others solve your problem. This is far too grave for that. It is your duty to make sure that everything possible is being done by your elected representatives and your society. Speak up, the Earth needs you. 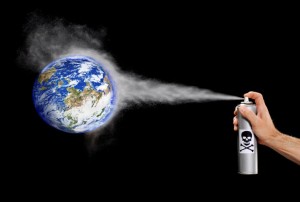