You are here: Home \ Environment \ Resources \ Over Fishing- A Resource diminishing
Environment
0

Over Fishing- A Resource diminishing

The term over fishing means, exploitation in which fishes are depleted to higher levels, regardless of the size of the water bodies. The result of over fishing is lower biological rates, resource depletion, and low bio mass level. One of the examples is that, over fishing of sharks alone have led to a change in […]

The term over fishing means, exploitation in which fishes are depleted to higher levels, regardless of the size of the water bodies. The result of over fishing is lower biological rates, resource depletion, and low bio mass level. One of the examples is that, over fishing of sharks alone have led to a change in the ecosystem. Over Fishing will recover depending on the situation of the ecosystem. The changes that have been created due to over fishing will result in ecosystem shift, where the quantity of certain species is increased while some of the species are in the verge of extinction. For example if a certain fish is being fished for some period of time then it will make the situation worse for that species to re-establish a breeding population. 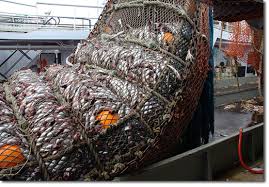 Over fishing exists in areas such as the North Sea of Europe, the East China Sea of Asia, and the Grand Banks of North America. In these areas, overfishing has not only become disastrous to fish stocks but also to the fishing community which rely on the harvest. Like deforestation and over hunting can create a change in the ecosystem, over fishing can also make an impact on the ecosystem. According to a report of U.S in 2008, which stated that world’s fishing fleet are losing about 50billion$ each year through depleting stock a poor fishing management. The biomass of the global fish stocks have run down to the point where it is no longer able to catch the amount of fish that could be caught. Schistosomiasis, a skin disease, which is found to be increasing due to the declining of the fish species which eat small snail carrying parasites. There is a massive increase in Jelly fish, which is threatening the fish stocks, as they eat fish and fish egg as food. They also poison or swarm fish, and also lead to major jellyfish competitor and predator exacerbating the jellyfish population growth. 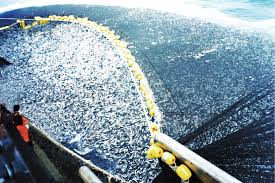 There are three types of over-fishing, they are,

The term growth Over-fishing means that, when fishes are harvested at an average size, which is smaller than the size that would produce the maximum yield per harvest. A recruit is an individual which makes it to maturity level or into the limits which are specified by the fishery and that can refer to the usual size or age. This will lead to a lesser total yield than if the fish were allowed to grow to an appropriate size. This can be prevented by reducing the fish mortality to lower levels and increasing the average size of the fish that can produce maximum yield.

There are lots of effects of overfishing; the UN Food and Agricultural organization has proposed some figures on a two year report. The report shows some key issues and trends on fisheries and aquaculture. The report is rather conservative regarding the awareness of the problem but it also shows the key issues and the trends. Due to the difficulty in combining and aggregating the data, the report can be said to be far behind the real situation,

The above report shows that 25% of the reports are overexploited or depleted, while 52% is fully exploited, and these are in a concern of becoming fully exploited. Thus about 80% of the fisheries are fully to over-exploited, depleted or in a state of collapse. About 90% of the fishes stocks of large predators have depleted. This entire problem comes under two main problems,

If this scenario persists, then the oceans will have species which nobody wants to eat and we might end up with water covering planktons. Overfishing can be stopped if we start to act strongly from now. When the stock’s decline and fisheries become commercially unavailable, the damaged stocks will get some rest and struggles along a pathetic level compared to the earlier levels, this will help the species to recover from extinction. A damaged system will struggle but it can still be active. 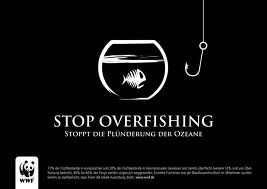 These cannot be achieved by the thought of an individual alone, this can be achieved only with the help of politicians and group strength to strengthen the laws and follow them strictly. Overfishing is a problem that is changing the ecosystem and we are continuing overfishing even by knowing the problems because of that. Every individual should be aware of the problems that is caused by overfishing and should help in promoting the laws and making others follow the laws.