You are here: Home \ Environment \ Resources \ Science \ Groundwater :Depletion,Contamination and the prevention
Environment
2

Groundwater :Depletion,Contamination and the prevention

Ground water depletion is one of the greatest fears that has arisen in the modern day world. As the demand for water increases with the rising population, there is also a threat regarding the draining of the so-called ground water too. Ground water moves in a slower pace when compared to the surface water. Hence, […]

Ground water depletion is one of the greatest fears that has arisen in the modern day world. As the demand for water increases with the rising population, there is also a threat regarding the draining of the so-called ground water too. Ground water moves in a slower pace when compared to the surface water. Hence, the re-filling or the recharging also takes a lot more time. Even though the depletion of the ground water is not so obvious to us, it does drastically lower the water table too. 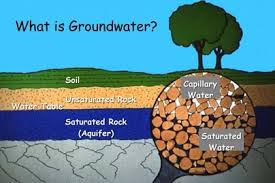 Most of us rely on the surface water and we are oblivious of the fact that the water that is available at the surface is in fact, the ground water that seeps upward. When the ground water gets gradually depleted, it so happens to the lakes and streams as well.
The ground water though unseen is used for a number of purposes like industries, agriculture and also domestic purposes. This is because surface water may not be available all the time but it is a universally misunderstood fact that ground water is available all the time.Moreover, the US geological survey has an interesting way of seeing things. It says that the storage of water underground is like storing money in a bank. If the money is withdrawn at a rate that is more than deposition of the money, then the bank balance might turn zero. Similarly, when the ground water is taken greedily at a faster rate when compared to the rate at which it is recharged or replenished, then the ground water might eventually get drained totally.
The causes of ground water depletion are mainly due to urbanization.Due to this the ground water has got extensively depleted due to agricultural and also domestic and industrial purposes. Excessive pumping out of water from the underground results in draining of the ground water.

The consequences of the depletion of ground water are as follows: 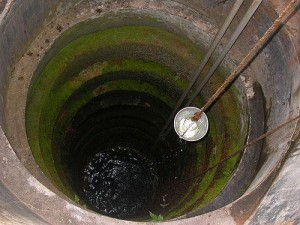 1) Extensive lowering of the water table:
This is due to the excessive pumping of water from the underground especially in case of wells. When the water is no longer available in the well, it is made still deeper to reach out to the water. But eventually, the water seems to be no longer available even in wells.
2) Declination the surface water:
When the ground water gets depleted, the surface water available in lakes and streams also gets considerably depleted. Hence, the water that is available for use becomes very less.
3) Expenses incurred increase:
When the ground water availability decreases, more losses are incurred in terms of finance as the water has to be pumped from a farther and deeper place. In certain cases, the digging of the well even seems to be infeasible too.
4) Saltwater blending with the ground water: 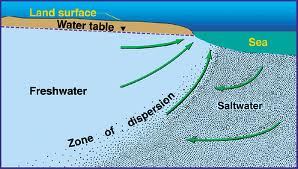 This generally happens in coastal areas. When the water that is pumped out excessively reaches out deeper into the soil, it even pulls out the saltwater too. This causes extensive contamination of water due to the salt water.
5) Subsidence of land: 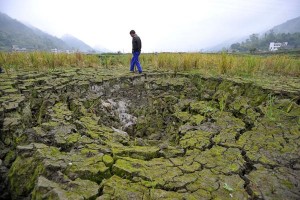 When water is pumped out, the lower soil loses stability and collapses. This is the main consequence of the human activities. The phenomenon where the soil eventually collapses due to the excessive lowering of the water table is called subsidence.

Ground water needs to strategically protected and depletion prevention has ostensible become a need of the hour.
Here are a few ways how you can prevent ground water depletion: 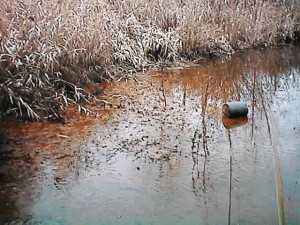 The contamination can be prevented in a several ways like:
*Disinfecting all the equipments that are in contact with the well or which go inside and have contact with the water underneath.
*Locate the well in places that are far away from sewage and also livestock areas in order to prevent contamination.
*Avoid using plastics and other non biodegradable substances which mainly cause landfills. Try using environmentally safe products.
*Avoid the unnecessary digging of wells. Try using more of the surface water that is readily available.

Ground water forms a very important source of the water bodies .Thus, ground water has to be essentially protected and contamination must be prevented to help our mother earth bloom into a beautiful place for us as well as the future generation.