Ironically, the laptops available to us are not supposed to be used kept on the lap. Yes! The device using which you’re reading the blog, is it safe? Are only the mobile phones radiating EMFs harmful? The answers to all these questions will be dealt in this crisp and short piece of writing discussing the […]

Ironically, the laptops available to us are not supposed to be used kept on the lap. Yes! The device using which you’re reading the blog, is it safe? Are only the mobile phones radiating EMFs harmful? The answers to all these questions will be dealt in this crisp and short piece of writing discussing the various side effects and or what you can call is harmful “electrostress”. 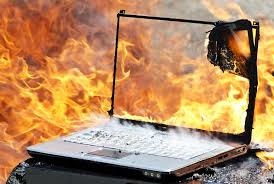 Portable computers or the commonly heard laptops are often used quite close to the body, eyes and demand a restricted body posture that may pose spine and other problems. Laptops give way to an unhealthy life with people being into themselves, sitting at one corner with their laptops on, connected to wireless internet almost all the time and vulnerable to an anti social life. These are the traits most commonly witnessed in teenagers, surfing, watching movies, playing games or working in a gloomy world of their own with all kinds of health problems, stress and psychological faults.
“Forget the X gen or the Y gen, today is the world of i-gen”. So rightly framed. Nearly anything and everything that we come across is now following the internetism. Be it e-shopping, e-commerce, e-business, e-classrooms, e-mails and even e-finance. The e-factor is the new trend.
No matter however convenient your laptop may be, but the inconvenience it causes for body might just let you say a big no to them.
It is also noted that taking notes with pen and on paper boosts memory thus laptop is in no way enhancing our memory either.
Laptop computers are not ideal for continuous use. They normally have an elevated and compressed keyboard, a small display screen that is at an angle and position not ergonomically sound, even if they are at an otherwise entirely suitable workstation. 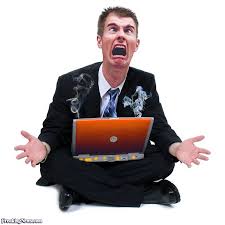 The laptop as the name suggests is used keeping on the lap but can also cause severe burns if it is not appropriately placed. Some people try to avoid the burning thighs and legs by placing a pillow between the laptop and legs which can lead to even harsh burns because of the blockage of the air vent of the laptop. The blockage thus makes the fan work faster to circulate the heated air that cannot escape. Thus the risks of burns multiply. It is therefore advised to use a table or stands made for laptops.

The laptops’ heights are often not ergonomic. Ergonomics is defined carefully as “The applied science of equipment design, as for the workplace, intended to maximize productivity by reducing operator fatigue and discomfort”. Thus the laptops are considered to be uncomfortable and increase fatigue for the user, often leading to shoulder, neck and back pains because of the posture so demanded.

Recent studies and research suggest an overall decrease in the quantity and quality of sperm synthesis due to increased use of laptops placed on the lap. A rise in temperature by 1 degree Celsius in the sac around the testicles, known as the scrotum leads to the abnormal decrease in synthesis of normal healthy sperm by 40%. And thus studies reveal that for a person using laptop on the lap, the temperature rise in the scrotum is around 2.6 to 2.8 degrees Celsius.

Laptops and the eyes 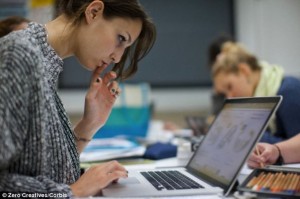 The eyes need rests and the lenses inside them are required to be relaxed after continuous strain and stretching. When using laptops or computers the muscles that control our lenses remain in a static position depending on the number of hours you stare at the screen.
Solution: To protect the eyes from strains, frequent poses are recommended. It is advisable to watch distant objects so as to allow the muscles to relax. Or we can simply adopt a technique taking 10 minutes out and thus cooling our lenses after constant staring activity. Wash your eyes and relax for a few minutes with your eyes closed.

The continuous long hours of operation on the laptop causes neck and shoulder cramps, numbness of fingers, vision fatigue and all those strain related problems are ignored with the mindset of a worker letting it go as it’s just a matter of time before all of it is going to be alright. Thus these repetitive injuries claim attention before the body can recuperate. We are simply deadened with all those pains further making us inactive and antisocial, and even more fatigue for a nature walk or morning jog.
With the massive surge of laptops in the e-market and the increased number of users with each day passing from corporate in charges, the self employed honchos, the hep while classy executives the masters of the school and now even kids and students, the indoor housewives, the social kitty-party ladies have been addicted to this gizmo. Although the laptop is accused because of its physical appearance and blamed for various physical problems, it is true that its importance cannot be denied.
The solution could find its way in the form of laptop tables and stands which permit you to have a clear vision of the whole screen and let you stretch your neck muscles while working. 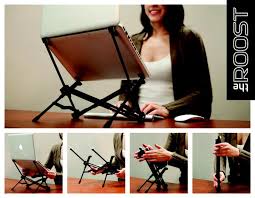 Discarding it completely is neither possible nor a good judgment. But using it wisely is an option you still have!