Cutting down the individual pollution of vehicles can do wonders for the environment. Thus using public transport can be helpful to a great extent. Metro rail has completely changed the definition of public transport. It has come out to be comfortable, faster and environment friendly. Metro has the potential to pull people towards itself unlike […]

Cutting down the individual pollution of vehicles can do wonders for the environment. Thus using public transport can be helpful to a great extent. Metro rail has completely changed the definition of public transport. It has come out to be comfortable, faster and environment friendly. Metro has the potential to pull people towards itself unlike other public transport. The prove is its huge success in cities like Delhi, Kolkata, and Bangalore and is now coming in cities like Jaipur, Hyderabad etc.

Growing urbanization, population and traffic has called for a shift to public transport. Moreover public transport are cheap and help in environment protection and if it is metro ,you will have comfort included in the package.

Metro attracts people towards it and thus reduces the use of personal vehicles. The total number of people who take the same train decreases the amount of pollution which is directly proportional to pollution which each person will create at one time. Thus reduces individual carbon footprint.

Another important fact is that it does not emit pollution. Metro operates on electricity. Thus no fuel implies no carbon emission. Increasing usage of metro has resulted in prevention of 131,395 tonnes of greenhouse gases like carbon di oxide, nitrogen oxide from being emitted into atmosphere up to 2009 in Delhi alone. This is a five times increase from 27614 tonnes in 2007. When we use metro we take a positive step towards environment. Without metro effects would like:

Since metro began from December 2002, there has been a continuous reduction in daily vehicles demand due to people shifting to metro. In 2009, metro took around daily share of 58000 vehicles for other mode of transport like cars, buses, two wheeler etc. 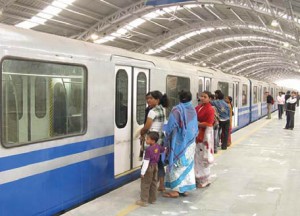 In summers air quality deteriorates faster because harmful ozone levels are its peak. When it is hot and sunny, volatile organic compounds ( VOCs ) released from vehicles react and produce low level ozone that tend to decrease the air quality. Thus preferring metro during summer can be a good choice.

Data below shows million metric tonnes of CO2 emissions per year for developed country like Unites States and developing countries like India and China. It is seen that emissions will increase in next 20 years to more than twice of what it is presently. This is a great issue of concern and a solution is needed immediately. 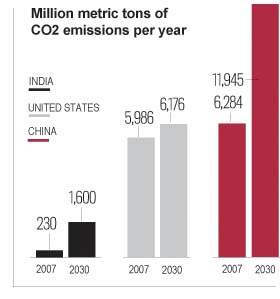 The figure below shows the perception on exposure to air pollution on different modes of transport. It is not surprising to know that when you walk you are most exposed to pollution. People on two wheeler are not far behind from the risk of air pollution. Two wheeler, bus, train (local train) contribute 23 per cent and 14 per cent respectively. Metro is a blessing as it keeps you away from air pollution and exposure is almost zero. 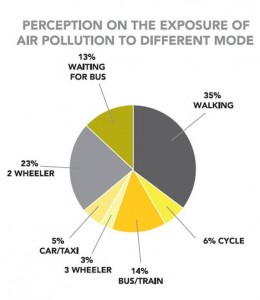 Petrol and diesel prices are increasing day by day, thus the cost of using a metro is just a fraction of your drive via your own vehicle. The annual saving of reduced fuel consumption was Rs. 180 crore in 2009 which is more than twice from 73 crore in 2007. On individual level yearly vehicle cost saving which includes both capital and operating cost savings almost tripled from 14 crore in 2007 to 41 crore 2008.

Metro is equipped with AC and appears like a gift during summers. Also you don’t have to drive and can do your other activities like reading newspaper etc easily while travelling in the metro.  Metro is fast and takes you to your destination on time without stopping in any traffic jam. Metro reduces your journey time from 50 to 70 per cent.

Metro is reliable as everything is already planned. Trains are scheduled and are always on time.

Metro stations are built within every kilometer so that it is easy to reach the station. Today safety of women is an important issue. Metro are safe. They have a separate coach for woman and stations are also safe for women. Stations have CCTV cameras to keep a watch on any crime happening.

Metro has been successful in convincing people of its advantages. Data below shows that metro users have been increasing every year and has almost tripled in two years for Austin. It is believed that trains are full in rush hours and packed for special events.

Metro are Eco friendly, easy and comfortable. Metro helps to decrease the number of road accidents, saves cost, time and decreases emissions. Air –the essential fluid of life has become the garbage can and it is we who will have to take the initiatives to clean it by avoiding using personal cars and going for Eco friendly options like metro rails. A small step can help a lot to protect the environment. 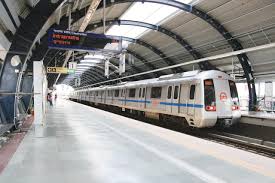