You are here: Home \ Resources \ Moving towards a Sustainable Energy: The Future
Resources
0

Moving towards a Sustainable Energy: The Future

As, we would agree that in order to progress towards energy sustainability, we need to carry out certain changes in the existing way of our energy production and consumption.  But before focusing onto anything serious, its great to recall the profound changes that have been already occurred in our energy use and energy systems during […]

As, we would agree that in order to progress towards energy sustainability, we need to carry out certain changes in the existing way of our energy production and consumption.  But before focusing onto anything serious, its great to recall the profound changes that have been already occurred in our energy use and energy systems during the latter half of the twentieth century.

As the situation, just after the second world war, even in developed countries, most homes and various other buildings were heated by coal, electricity generation was coal-fired and so coal combustion  caused major pollution problems including premature deaths of hundreds of people. Coal fires in most houses were so inefficient that, despite consuming large quantities of energy,  they only heated a few rooms effectively whilst the rest remained cold. At times, coal burnt for domestic heating in closed rooms resulted in the death of the occupants due to poor awareness about the deadly release of carbon monoxide in the process.

In India ,only a small percentage of population had been able to use electricity and most people relied on vegetable oil fired lamps to combat darkness and biomass resources for cooking and heating needs.

Post second world war, the energy system were transformed. Oil become the main fuel and natural gas was introduced very rapidly in the developed world. Cars are now owned by majority of the people in the developing world, and Air travel overseas has increased. Vehicles testing in respect of the population gas has been made more stringent now.  Given the scale and profundity of the changes over the past half century, it does not seem unrealistic to suggest that equally profound changes could well occur over the next 50 to 100 years in developed as well as developing countries, as we attempt to improve the sustainability of our energy systems, nationally and globally.

For the sake of us only, we need to help ourselves  and help in the move towards a sustainable energy future, and for that, the majors for energy sustainability would need to be taken on many fronts like Energy technologies, energy demand and consumption patterns and economic policies.

Moving on to the energy technologies for the future, as we know, the majority of energy technologies and systems in use today are polluting, non renewable, and damaging to ecosystems.  And so, large, highly centralized power utilities are inefficient and suffer significant power losses during power generation, transformation and distributions.  Transportation systems currently rely almost entirely on fossil fuels, which will need to be phased out to stabilise the climate.

These problems suggest the need for making capital investments and designing energy systems in new ways to increase  the efficiency of energy use and decrease their environmental impact. Oil and coal have been the principal drivers of our economic prosperity so far. Renewables and electricity hold the keys for the future.  But in future, as oil and coal are left behind as the dominant energy technologies. The energy systems would have to be converted increasingly from a chemical to an electrical base. Future engineers will need to make choices that are quite different from those made a generation or two ago. 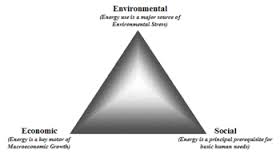 Energy production will need to become more regional and local. As, might, by 2050, we might not be transporting energy as chemical commodity at all. Instead we might, be able to transport energy as pure energy itself. Renewables like  wind energy and biomass conversions will play a dominant role at the regional and local level as these offer a certain measure of choice on where and when to produce electricity.

The energy demand would have to mat with a portfolio of energy sources, which are renewable, non polluting, and compatible with the health of ecosystems. Such sources include wind, solar, small scale hydro, biomass and geothermal. One major steps towards a sustainable energy future involves an improvement in energy efficiency.  For example, we must use energy efficient lighting including day lighting, LED’s for traffic lighting and other and some heating and cooling systems. We must exercise all options available for energy conservation including recovery of  energy from waste. 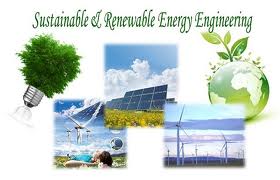 Waste as an energy resource can be taken as industrial processes were initially designed to take resources , make products and then turn them to waste. Waste, by definition, is a foregone opportunity, which is now placing a severe drag on the bioregional, national, and global economies.  A significant move towards sustainable energy future involves using waste as a resource. As creating a sustainable energy future involves introducing radical changes in energy consumption, improving efficiency of energy use, and energy technologies and using waste as a resource. In addition, certain economic measures are needed to manage energy demand and promote energy sustainability. 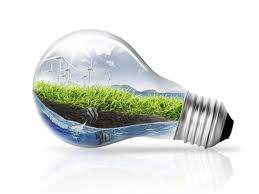