The warm, itchy and the fabric loved by everyone-wool is considered as one of the greatest natural available fibers. This is because of it property of keeping you warm no matter what the weather is. Even in extremely cold conditions, wool takes cares of your body from the intense climate and keeps you warm enough. […]

The warm, itchy and the fabric loved by everyone-wool is considered as one of the greatest natural available fibers. This is because of it property of keeping you warm no matter what the weather is. Even in extremely cold conditions, wool takes cares of your body from the intense climate and keeps you warm enough. The fabric being extremely useful to people in cooler climates, it does have its own impacts on the environment as well. The entire process of production poses a grave threat to the fragile environment. 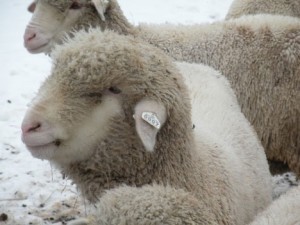 The real truth behind the wool-production and the environment hazards:
1) Damage of the land:

The heavy breeding of sheep in certain areas where wool production is very intense has got a serious loss of vegetation. This loss of vegetation has thus resulted in the erosion of land as well. Moreover, the lands that were previously very popular at production of wool, have now faced massive deterioration of land especially in countries like Argentina. There are also some regions where the land has undergone desertification and thus, have become barren and unproductive for any other use.
2) Negative impact on the climate:

The climate change mostly occurs due to the manure of the sheep being bred in a particular area. There is a process called as enteric fermentation, common in sheep breeding areas, which causes the release of methane gases and other greenhouse gases and have resulted in heavy damage to the environment. These methane emissions that are mostly a result of enteric fermentation have created havoc in almost every wool production and sheep-breeding area.
3) Pollution of water:

The manure that is scattered in the sheep rearing areas go and meet with the  waterways and  totally contaminates it. This contamination has made the water unfit for any purpose and makes the rearing areas awfully unclean. Moreover, there is one more intoxicating  chemical procedure that is common in sheep breeding. This is called as sheep dip. This chemical procedure is used to keep away pests and rodents ,but it causes contamination in nearby water bodies and also  the entire area surrounding it. 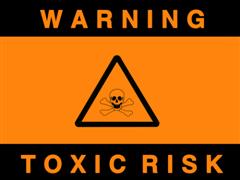 The farmers dip the sheep in a plethora of prototypical insecticides to ward off such insects and pests. This chemicals  thereafter stay on the woolen clothing produced from it too. The wool that we buy, often comes along with insecticides and pesticides . This is why this  wool needs to be washed properly and then used the first time we bring it home. But, we need to stop the usage of this conventional wool as far as possible.

Following is a scene from the regular ‘sheep dip’ that is done in conventional sheep breeding. 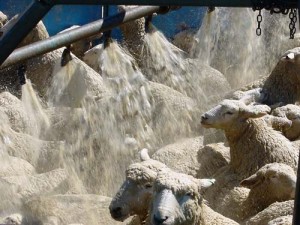 Protection of the environment through organic wool farming:

Organic wool is basically the wool that is produced in the complete absence of any chemicals and pesticides and also done in good and clean farm conditions. The wool is certified as organic only under certain generalized conditions meeting the federal standards.
Some of these federal standards state that no amount of genetic engineering is allowed on organic wool production. Also, no pesticides are allowed and the management as well as cultural practices need to be strictly followed.

Moreover, the benefits of organic farming are several:
Organic farming does not involve any kind of pesticide and insecticides and hence this production is termed as a very environment-friendly technique. It has several other properties over the conventional wool. They are fire resistant by nature and are renewable and sustainable as well. They are a very good temperature regulator and an excellent insulator. These properties are specifically only of organic wool and not conventional wool.

Why conventional wool needs to be shunned and organic wool encouraged?
Conventional wool causes severe environmental hazards. They contain severe toxic chemicals. The three insecticides that are commonly used on sheep are:Malathion,Fenvalerate and Permethrin. These insecticides are termed as extremely harmful to the aquatic organisms and amphibians. The pesticide Malathion is normally used in mosquito control program’s in the US. When a human body is exposed to this chemical the consequences are very severe. For instance, asthma, burning throat and also itchiness of skin etc. it is also said to cause some severe genetic damage in animals and human beings as well and also said to be a reason for cancer. When tested on animals, it was told to have caused genetic and reproductive problems too.

Fenvalerate is another such pesticide. It causes the same effects as Malathion but also causes paresthesia and dysesthesia. It was due to the harmful effects of this pesticide that the country, Sweden further discontinued the use of this pesticide in farming. The other pesticide Permethrin is fatally toxic to aquatic organisms ,honeybees and several other living organism.
These harmful pesticides cause problems only when convention wool is produced. This is why we need to encourage the production of organic wool. Organic wool is absolutely free from any chemicals and does not cause any problem to land, water or air. We need to acquaint others about the consequences and negative impacts of conventional wool and encourage everyone to buy certified organic wool alone so that we can at least do our little bit to save  dear mother earth from the vicious claws of these venomous chemicals.