You are here: Home \ Health \ Science \ Oriental Medicine and Its Advantages
Health
0

Oriental Medicine and Its Advantages

Oriental medicine can be defined as the natural method of healing as developed by certain countries in the Asia or more specifically, East Asia and provides an alternative to chemotherapy or treatment by chemicals. The countries that practice and are very much involved in the process are the Asian countries like China, Korea, Japan and […]

Oriental medicine can be defined as the natural method of healing as developed by certain countries in the Asia or more specifically, East Asia and provides an alternative to chemotherapy or treatment by chemicals. The countries that practice and are very much involved in the process are the Asian countries like China, Korea, Japan and India, hence the term ‘oriental’. 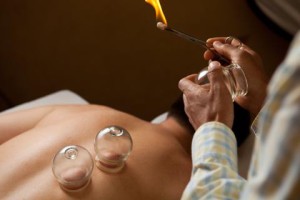 The different forms of oriental medicine will be acupuncture, herbology, cupping, massage, natural nutrition, meditation and exercise. One of the leading forms of oriental medicine is the Chinese traditional treatment which is gaining popularity in the western world. The traditional practice in medical field that is offered by Korea is much influenced by Chinese traditional medicine. Kampo being another variant of oriental therapy as developed by Japan is also an adaptation of Chinese medical therapy primarily and it specializes on acupuncture, moxibustion and the study and uses of herbs in treatment of various health conditions. Unani or Yunani medicine is another branch of oriental medical practiced in middle-east and south-asian countries. Unani is an independent art of oriental therapy as practiced by the Greek and Roman physicians and later developed into an intricate medical system by Arabian and Persian physicians. The practice of Unani medicine arrived in India by virtue of more than 300 years of Mughal rule in the country and has since been influenced by Indian traditional medicine practice as propagated by Shushruta and Charaka.

When it comes to India, it too is not lagging behind in the process of providing the world with an alternative to chemical therapy and it is gloriously known and practiced under the independent traditional and Vedic medicine system of Ayurveda. Time and again you must have come across the process of natural treatment which is widely practiced in India and is popularly sought after all over the world under the description of Ayurvedic treatment, which has its source in the ancient texts of Sushruta Samhita and Charaka Samhita. It being one of the oldest forms of medicinal treatment is a stand out for providing not only health but mental and spiritual healing combing two of the vital essences of human civilization, medicine and philosophy. The treatment involves a diagnosis of the three body temperaments, vata, pitta and kapha which stands for air, fire and earth, to achieve the right balance for a blissful lifestyle. The three forces being the essential description of how the nature operates within us are brought in sync with the help of Ayurveda and yoga. Apart from Ayurveda, there is also Siddha medicine as one of the oldest medicine system known to mankind which originated in South India and offers treatment by the use of thavaram or herbal products, thadhu or inorganic substances and jangamam or animal products along with diet and discipline. Therefore Siddha, Unani and Ayurveda being the three distinct system of ancient medical system is still being practiced and constantly developed by the Indian physicians which serves as India’s contribution to the field of treatment with the help of natural laws.

The many benefits that are derived out of oriental medicine stand upright against the disadvantages of the treatment by chemicals. The many tablets you take or the syrup or ointment that you use daily for various ailments and health conditions, could it all be for your benefit? In the world of economic marvel today, it is important that you delve deeper than what you are being told about everything you allow to go down your system. Your medicines apart from setting your health right also burden you with adverse health effects that may not be apparent in the face of it till it gets very late and your body starts to show signs of damage. If you only google the chemical composition of any drug you use or have used, along with the effects you will also get a glimpse of the side effects it brings to your life. And if you have been using it over a prolonged period of time, then it makes matter even worse.

However, with oriental medicine as an alternative, you cannot even imagine that how many of those ailments can be treated in the most natural way which has proven to be effective over ages and with generations of our ancestors. Of all the modern inventions, new diseases are a curse and though you would think that some of the most complex of it cannot be treated by oriental medicine, you will be amazed by the result oriental therapy has had even when applied on cancer patients. Ayurveda or any form of oriental medicine work specifically on the prevention aspect of ailments than the cure and with the holistic approach it takes to treatment, it ensures a sound body, mind and soul.

Of the treatments offered by oriental medicine, the two primary ones are acupuncture and use of herbs. Acupuncture is used to stimulate the specific acupoints of your body with the application of heat, pressure, laser or penetration of needles. This is a gift of traditional Chinese medical system and the other two popular variants of this form of treatment are moxibustion and cupping. Ayurvedic treatment on the other hand emphasizes on the use of herbs to cure a range of health conditions along with a prescribed diet, disciplined lifestyle and yoga or exercise that forms an essential aspect of Indian culture. You can trust oriental medicine to cure conditions like headaches, stroke, body pain, indigestion, asthma, obesity etc. but the ancient system of medicine also has solution to cancer, kidney or liver ailments, respiratory problems, heart attacks etc.