You are here: Home \ Environment \ Going Green \ Health \ Why are people all over the world moving to Vegan Diet?
Environment
0

Why are people all over the world moving to Vegan Diet?

A survey was conducted and the results showed that out of 10 people in the USA, 7 preferred Non-Veg diet and 3 preferred Veg diet. Now before hopping into the driver’s seat and start to know the reason that why this ratio is changing soon and why people are moving towards the horizon of Vegan […]

A survey was conducted and the results showed that out of 10 people in the USA, 7 preferred Non-Veg diet and 3 preferred Veg diet. Now before hopping into the driver’s seat and start to know the reason that why this ratio is changing soon and why people are moving towards the horizon of Vegan diet, let’s just move towards the term, Vegan Diet. Well, for starters its tantamount to know what does this actually convey and what all items does it includes or are permitted in the category.

Vegan is a follower who follows Veganism and Veganism is the practise of abstaining from the use of animal products. Vegan basically eat a plant-based diet and discard anything coming from animals which comprises of meat, milk, eggs or honey. Moreover, apart from the diet, a vegan lifestyle abolishes the use of leather, wool and silk which are too derived from the animals.

The WHO (World Health Organization) recently raised concerns of the abnormality in the health of the people as well as of the planet if Vegan Diet would be considered to be the second choice behind the Meat diet, which includes, Meat, Ham, Bacon, Fish and which are pretty routine and common in the day to day lives of the people. But surprisingly, as the Animal Rights activists have stepped up the notch to wake people to spurn the meat, WHO and UN have predicted that by the end of the current decade the ratio of people having vegan diet would be 4 is to 1 to the meat eaters.

There is no denying the fact that in each and every part of the world, there is always an altercation between the meat diet individuals and the vegan diet individuals. This argument would never end, but just holds every time at an impasse. But, why the people around the world are moving towards the Vegan diet and refraining themselves from the meat diet?

The most concerning factor for the whole world is Over-weight. The stats shows that 60% of the teenagers are obese and 80% out of them would most likely be deceased because of the diseases caused by the over-weight. As already mentioned earlier, the Animal Rights Activists have loudened their voice in the past couple of years and their crescendo and efforts have definitely been acknowledged by people around the globe and they are learning fast that avoiding cruelty and malicious behaviour towards animals is a viable option when you have a substitute of it in terms of diet.

The UN has already claimed that a time might come when there would be a huge deficit of animal products due to the alarming rate in increase of population of Humans. In their report published in the year 2010, they claimed to find the alternative of fossil fuels but might be incapable to replace the animal products. As a result, they have exhorted the people several times to switch to the Vegan diet and help the planet to revamp its natural food cycle. 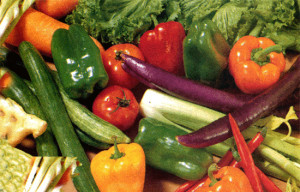 As there are adversities with the meat diet, there might be its advantages too but they are easily overshadowed by the edge Vegan Diet holds. Well, for a start, every health organizations have confirmed that Vegan diet is indeed the healthiest of all the diets. Vegan diet contains all the nutrients, minerals, carbohydrates and necessary fats. There occur a dispute lately when the notion was that without meat or dairy products a person wouldn’t get enough proteins or calcium but the scientists have already confirmed that peas, beans, soy products and much more products which are derived from the plant sources are more than enough to take care of the protein and calcium necessity in the human body. Vegan diet not only prevents a person from food poisoning, which engulfs millions of people in an year and mostly because of meat (good breeding ground for harmful bacteria), but also is the best way to curb down the weight instantly and with the addition that Vegan diet gives more nutrition. 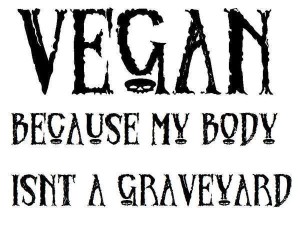 The world is moving towards the Vegan Diet and its reason is basically covered in three headings, Future concern, Health factors and Religious concerns. Yes, as future concern and health factors are already mentioned, there is one more factor which is Religious concerns. Almost 70% of the world are religious while 30% are atheists and in every religion there are beliefs and there are believers. For say, Hinduism doesn’t permits its followers to eat beef though it doesn’t encourages you to have a diet of chicken and meat too.

If a person would be asked to leave the meat diet, he would be astounded the prima facie but on knowing, understanding and realizing all the factors he might consider for a change and a change which is affecting every other person worldwide. This is the change which is driving the people towards the Vegan Diet.