You are here: Home \ Environment \ POLLUTION AND CONSERVATON OF ENVIRONMENT
Environment
0

POLLUTION AND CONSERVATON OF ENVIRONMENT

The development of civilization and rapid industrialization by man has caused a great damage to the ecosystem. Things have worsened because no attention or a very little attention has been paid towards protecting the environment, while executing industries and other development projects. Associated with any development, there is bound to be some amount of environmental […]

The development of civilization and rapid industrialization by man has caused a great damage to the ecosystem. Things have worsened because no attention or a very little attention has been paid towards protecting the environment, while executing industries and other development projects.

Associated with any development, there is bound to be some amount of environmental degradation. An ecological survey and effective measures for protecting the environment, are therefore, essentially required, before any development project is undertaken. But unfortunately, while developing industries or commercial or even urban properties, we have not bothered to look at the environmental degradation, likely to be caused by those establishments, either through our ignorance or through our sheer greed, for not spending any money on things which do not immediately affect us, individually. There are, in fact, people among us who believe that there is more money is destroying the environment (such as those who fell trees, and kill wild animals, unauthorized), rather than in conserving it. Tomorrow is not their immediate concern.

Several examples of man’s interference with the natural equilibrium may be mentioned. The excessive use of coal, petroleum, and natural gas for industries, automobiles, and power generation, has created enormous problems of pollution of environment.

Pollution of air is strikingly marked in the industrial and congested cities of U.S., Europe, Japan, and even in India, causing acid rains in many regions. 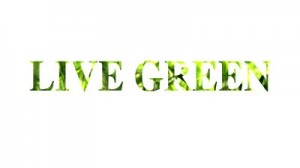 For example, the increase in Co2 content of the environment has been responsible for gradual heating up of your globe, by a process called greenhouse effect. The CO2 layer, in fact, acts like a glass cover used for a green-house, which allows the outside heat to enter the green house, Co2 layer is transparent to short wave radiation from the sun, but absorbs the longer wave radiation from the Earth. The net result is gradual heating up of the Earth. It is feared that by the year 2100, CO2 in our atmosphere will be doubled, leading to 4 degree Celsius rise in the world temperature. Such continuous warming of Earth may cause the glaciers to recede and ice to melt at poles. This may cause a rise in sea level by about 0.65m, which ultimately may submerge most of our islands and coastal cities.

The salty sea water spreading to land may also lead to infertility of soil and spoil the underground water. Such global warming may also trigger severe climate changes, which will be discussed in detail in our next chapter. 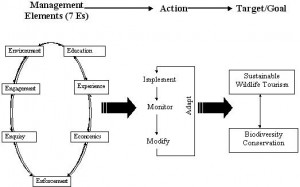 Depletion of ozone in the stratosphere due to increasing release of chlorofluorocarbons (CFCs) due to human activities is another dreaded aspect of the global extent of environment pollution. The presence of ozone in the upper atmosphere (i.e. stratosphere) in fact, cuts off the most harmful ultraviolet radiations (released by the rays of the sun) from reaching the surface of the Earth. Any appreciable reduction in the ozone layer is likely to allow entry of harmful U.V. rays of sun, causing serious diseases like cataracts and skin cancers in humans. All such regional and global impacts caused by the pollution of our air environment.

Most of the world’s ozone is found in the stratosphere, where it may exceed 5ppmv (parts per million by volume). Hence, stratospheric air is lethal to human beings. There is very little water vapor at these heights. In the stratosphere, ozone is , thus, constantly being formed and destroyed, and is, therefore, maintained in a rough equilibrium, under natural unpolluted environment.

Pollution of water is another aspect of environment pollution. The waters by rivers, lakes, and oceans are, now-a-days being polluted on a large scale, by the outflow of effluents from factories and industries. Water pollution also results from the disposal of soiled urban wastes, such as plastics, rubbers, paper, untreated wastewaters and sewage, etc. Water pollution also interferes with the growth of organisms living in the water bodies, thus, retarding the natural purification process caused by such organisms.

All such environmental pollutions, lead to the spread of diseases through polluted air and water. The use of insecticides and pesticides has led to the concentration of DDT and other harmful chemicals in plants and animal food products, which when consumed by man, cause diseases.
In order to check such drastic ill-effects of environmental pollution on the health people as well as on the plants and the animals, it is extremely necessary that we wake up from our long slumber, and initiate some drastic remedial measures to protect our natural wholesome environment. Legislative laws and their effective implementation, supplemented with spread of environmental education and awareness, is most important to stop the greedy and/or ignorant people from spoiling our environment.