You are here: Home \ Environment \ Resources \ Science \ The Rise of Environmentalists
Environment
0

The Rise of Environmentalists

“Earth provides enough to satisfy every man’s needs, but not every man’s greed”, Mahatma Gandhi once said. It’s this environmental awareness that’s inexplicably procured a growing hype and has given birth to several environmentalists over the years. You might be frivolous towards the various environmental issues that reign now, but wouldn’t it be wise to […]

“Earth provides enough to satisfy every man’s needs, but not every man’s greed”, Mahatma Gandhi once said.
It’s this environmental awareness that’s inexplicably procured a growing hype and has given birth to several environmentalists over the years. You might be frivolous towards the various environmental issues that reign now, but wouldn’t it be wise to just think over it a little more so that maybe, just maybe, we can at least lead the way towards a better healthier environment for the future generation. 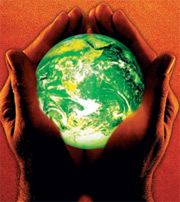 It might just startle you if you form this visual hypothesis in your head regarding how fast the environment has started to degrade and what would probably happen in a few years if we continue this way. The environment would might as well turn into a barren land providing nothing to the vast multitudes of people on this earth.
It’s this very thought that would provide sufficient momentum for many to transform themselves into active environmentalists. The various reasons that transform people to environmentalists are rising. That’s the reason why we have quite a number of youngsters voicing their opinion and thoughts to get people acquainted about the general issues regarding the same.
Some of these are:
1) Global warming:
A report from OCHA (UN office for the Coordination of Humanitarian Affairs) clearly states that the greenhouse gases have potentially risen above the threshold level and thus we know that our environment is already at stake. Now, it’s fairly clear that our mother earth lies vulnerable and succumbs to global warming and several such issues and yet we show absolute ignorance to this fact. We just can’t fathom what maybe the damages that could be inflicted on us due to this.
With the carbon monoxide gases already having been risen above 400ppm according to Intergovernmental panel on Climate Change Report, there is this fear of unpredicted jeopardy towering above us like a monster.
2) Endangered species:
They are nothing but species that may turn extinct due to the defying climate changes and unkindly environmental impacts. I’m sure this very point brings to your mind several species that have become extinct or lie on the verge of extinction. We are all mildly familiar about this. It maybe the Japanese sea lion , Hawaiian crow, Western black rhinoceros, Passenger pigeon which have already turned extinct or the endangered species like the Siberian tigers, blue whale, wild water buffalo or Persian leopard according to the IUCN Red List of Endangered species. These are not all; there are several hundreds of them other than these which lie endangered as well.
This is one more aspect that brings environmentalists into the scenario. They have begun
Captive breeding and Private farming that have substantially helped in protecting the endangered. 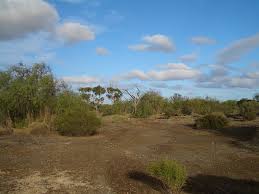 The depletion and deterioration of resources and natural habitats is collectively called environmental degradation. It’s an undesirable occurrence of a change that leads to the depletion of natural resources. It not only ruins the environment but also creates an atmosphere that is likely to be called fatal for the flora, fauna and humans as well. This does bring to our minds a growing fear and environmental concern.
The environmental degradation can be in many ways, like for instance, fresh water deterioration. The amount of water that is available for our consumption is exponentially decreasing. It’s quite frightening already when we attempt reckoning how our survival in the future is supposed to be without water. Water scarcity is most likely due to urbanization and also nonchalant wastage of water by the people. We must definitely give a second thought to this.
4) Pollution 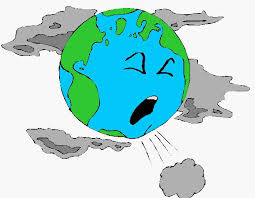 With the rising population in the developing countries like India, a concept like this is old, forgotten and unfortunately, neglected.
The adverse change that impacts the environment due to reckless behavior of the people can be termed as pollution. The contaminants that are found in water, air and the surroundings significantly increase the pollution level. One of the major causes of this is undoubtedly Industrial Revolution. This seems to be a massive root cause.
Water pollution is one of them. The Hudson River, for instance was supposed to have been highly contaminated by the dumping of PCB and any consumption of fish from this river was banned in 1974 by the EPA.
Apart from water pollution, there is one more which is surprisingly demanding crucial concern. It’s the radioactive pollution due to the advancement in nuclear sciences.
The radioactive pollution is agnized to be extremely lethal.
There are various other pollutions that are gaining prominence like thermal pollution, noise pollution and light pollution. Noise pollution is mainly due to industrial noise or Sonar.
Thermal pollution is due to the industrial wastage that is dumped into the water bodies that cause the thermal imbalance in them. This again is a consequence of Industrial Revolution.
5) Climate changes
It’s mainly a consequence of fluctuating weather patterns that affect the geologic temperature. Solar radiation and volcanic eruptions have affected the climatic conditions around the world. This has led to a widespread call to the environmentalists everywhere to join hands to work for a common cause:-The environmental protection.
These, I must say, are some of the main reasons that drive us to bring out the environmental concern from within us, to build a healthier environment that not only nurtures us, but nourishes and flourishes the flora, fauna as well.