With the rise of industrialization and migration of people from villages to towns in search of employment, there has been regular increase in the problems of shelter, unhygienic conditions, waste disposal, pollution, global warming, ozone layer depletion and many more to name which lead to ecological imbalance. This imbalance was created when man heedlessly exploited […] 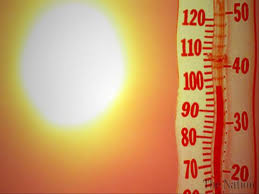 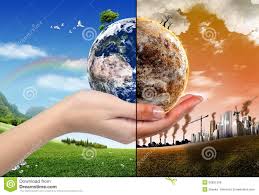 With the rise of industrialization and migration of people from villages to towns in search of employment, there has been regular increase in the problems of shelter, unhygienic conditions, waste disposal, pollution, global warming, ozone layer depletion and many more to name which lead to ecological imbalance. This imbalance was created when man heedlessly exploited nature and its resources without reaping the dangerous consequences of his action.
In the name of modernization we are compromising with our quality of life. Deforestation, conversion of agricultural lands into industrial lands, building of concrete structures, release of poisonous gases like carbon monoxide, methane, carbon tetrachloride, carbon dioxide, etc. have lead to increase in the temperature of the earth and adversely affected the climatic cycle. All these have directly or indirectly lead to reduction of our forest lands and green cover, melting of glaciers, disturbance in the rain cycle, increase in humidity. All these have made life on the Green planet difficult.
Due to the rising scorching heat glaciers are melting at a rapid rate and environmentalists fear that the entire landmass of the earth would convert the entire landmass into a huge sea in another 200 years. Also the rain has become scanty, the salinity of water has increased and the entire water cycle stands disturbed. The tenure of summer has increased through the years and practically no seasons left in the Tropical and Sub-tropical Regions. Green house gases including CFCs have made the earth hotter by absorbing maximum amount of thermal radiations of the sun, preventing the thermal radiations escape from the earth’s atmosphere once they enter it thus rising the temperature all over the world.

This adversely affects vegetation and agricultural pattern in the world. The fertile regions are slowly getting converted into dry lowlands and deserts. Coastal regions are drowning at an alarming rate due to rise in sea-level. All living organisms are finding it difficult to cope up with the changing temperature. It stands a threat to both the flora and fauna found below the deep oceans as well as those found on the land masses. If these changes continue at the same pace then that day won’t be far when there will be frequent storms and hurricanes, billions of people suffering from dengue, yellow fever and various other epidermis and very few people would be surviving on Mother Earth. We claim to have the best of technologies yet we are unable to deal with the problems arising from the global warming.
The only answer to this problem is increase in green cover –

Afforestation. Forests (Green cover) are a blessing in disguise. From being the reason of survival of every living organism to being a store house for innumerable resources forests stand as the sole reason of our existence on this planet. Forests are “the lungs” of our ecosystem. They convert the impure air into pure air for breathing by filtering the harmful gaseous gases. Majorly plants and trees help in moderating the increasing temperature by preventing drying up of moisture and inducing rainfall.
We have become so insensitive that we fail to appreciate our nature and value it. We think that by sitting in centrally air-conditioned halls and rooms we can get rid of the scorching heat. But the question is how long can we hide ourselves inside the concrete walls and protect our beauty? The need of this hour is not sophisticated technology like ACs and fans but a cleaner and greener technology. Trees are indeed “Natural Air- Conditioners” and “Natural Purifiers” .

One of the most practical ways to combat climatic change is to plant more and more trees in order to reduce the carbon level in our atmosphere. Younger trees have the ability to absorb carbon dioxide at a faster rate while growing. They also remove carbon dioxide from the air and convert it into oxygen. A single tree has the ability to approximately absorb one ton of carbon every year.
Every part of the tree directly or indirectly helps in regulation of temperature in the atmosphere. Leaves cool the thermostat by a process called evapotranspiration (evaporation + transpiration) . “Heat island effect” is a process through which shade is provided by strategic planting of tress to cool pavements and buildings. Temperature in the vicinity of a tree is much cooler than that away from trees.

Roof gardening is one such practice that can be followed by every household. It not only enhances the aesthetic beauty of the place but also is very beneficial in reducing the effects of temperature. It has be calculated that the temperature in India would be lowered by 1 – 1.5 degree Celsius if 50% of all the available space were converted into roof gardening .This would approximately save 100 million Rupees.
Man has to keep a check on his ever-growing greed if he wants to survive and let planet Earth be inhabited by mankind for ages to come. Man has to learn to use nature and not misuse it. Green cover has become the utmost need and necessity to regain the lost balance in nature and create harmony between its various constituents. We call Earth the “GREEN PLANET” but is it apt to be called so? Laws say that 33% of every country should be under green cover but are the laws rightly been followed? We all know the answer.
Serious and concrete efforts are to be made at both the National and International levels.

Local Governments should enforce sincere efforts to work against emissions by moderating vehicles, encouraging Green technologies, create awareness among the masses at the grass- root level. Government help alone cannot help fight this grave problem. Every individual should be taught to love and respect nature and help the Government tackle this problem. Movements like Chipko Movements, Vanmahotsava is what we need today. At least this is what we owe to our ancestors and our future generation.
We should learn to appreciate the fragrance in spring, the rustling leaves in autumn, the cool showers in hot summers and the gloomy and quite winters. Only when we learn to love and respect nature, can we expect it to sustain the whole life and be kind to us.