The doctor’s clinic was spilling with patients. People of all ages: thirteen year olds to seventy year olds. Men, women, students, etc. they were all sorts of people. The doctor was certainly making a lot of business, yet he was disappointed and sad even. For anyone who sees people die and fight fatal fights on […]

The doctor’s clinic was spilling with patients. People of all ages: thirteen year olds to seventy year olds. Men, women, students, etc. they were all sorts of people. The doctor was certainly making a lot of business, yet he was disappointed and sad even. For anyone who sees people die and fight fatal fights on a regular routine would be sad.

Smoking is one of the foremost reasons of deaths worldwide, as far as addiction is concerned. It has firmly rooted itself in all strata of society. Smoking tobacco has become integrated with society in such a fashion that it has received widespread acceptance and a grant of existence, which makes it so dangerous. The chemical nicotine is the addictive substance found in tobacco, the culprit of so many serious disorders and addicted patients. Tobacco in the form of filter cigarettes, Cuban cigars, Indian beedi, etc. are all equally harmful.

There are several reasons for a person to be drawn towards tobacco. Teenagers and young adults begin smoking due to peer pressure as it is often seen as ‘being cool’. At this age, humans are very vulnerable to any outside influence and without much far thinking, they commit to smoking. Everyone begins with ‘just this one time’ or ‘just trying out’ but slowly graduates to addiction. They cannot stay away from it and show withdrawal symptoms like depression, irrational mood swings, etc.

Older adults may begin smoking out of anxiety, stress or depression. Nicotine is a relaxant that circulates via the blood and relaxes the Central Nervous System, giving a feeling of relief, even though it is temporary. It takes 10 seconds for the nicotine to reach the brain from the point of inhalation. Most people with some trouble in life find it easier to become a chain smoker. No, it is not hereditary but seeing other family members smoke definitely sends out some strong signals there.
There have been extensive studies performed to test the harmful effects of nicotine. Whether the tobacco is chewed or inhaled, the ill-effects remain unchanged. It is a myth that menthol or light cigarettes are less harmful. No matter what kind they are, cigarettes contain equally harmful chemicals as regular ones. Nearly one in five deaths in the United States of America is caused due to smoking.
• Smoking causes respiratory disorders as it irritates the mucous lining of the trachea, bronchi and bronchioles. Eventually, the mucus secretion slows down drastically, lowering the body’s immune system (mechanical barrier).
• It increases the risk of autoimmune disorders like Rheumatoid arthritis and Crohn’s disease.
• Type II diabetes (Diabetes mellitus) risk increases my 40% by smoking.
• Smoking has been linked to accelerated macular degeneration, optic nerve damage and cataract. Vision is impaired by smoking, something that is less known among the masses.
• Smoking is also related to decreased bone density and high fracture chances. It thus increases the chances of the irreversible disease osteoporosis.
• The female sex hormone, estrogen is reduced drastically by smoking. Thus, it brings along premature menopause. Pregnant women are worst hit as smoking causes nervous and reproductive system defects in the fetus. Sometimes, it may lead to miscarriages and still births.
• Smoking causes emphysema wherein the alveoli lose their permeability, thus effectively reducing lung capacity. The lungs lose their capacity to stretch and thus bring down the total lung capacity drastically. This is directly tied to less oxygenation of all the tissues of the body. 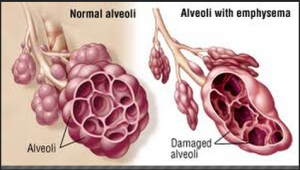 • Shortness of breath, wheezing, tightness in the chest, asthma, tuberculosis, pneumonia, chronic bronchitis, etc. are some of the numerous lung-related disorders caused by smoking.
• Artherosclerosis , myocardial infarction, high blood pressure and many more cardiovascular diseases are also the result of smoking.

• Tobacco contains more than 7000 chemicals of which 70 are known carcinogens. Cancer of the lung, trachea, mouth, Lungs, esophagus, lip, bladder, liver, kidney, colon, rectum , pancreas , stomach, bronchus, uterus, etc. have been known to be direct effects of smoking.
There are many more ill-effects of smoking as it damages every organ of the body via the circulating blood.
Although not an easy task, tobacco addiction, especially smoking can be quitted.
• Nicotine Replacement Therapy: Medical prescriptions can get you NRT drugs, nasal sprays and chewing gums that help with kicking the butt, so to speak. Drugs like bupropion and varenicline are also helpful.
• Chew on nuts or gum whenever you get a craving.
• Delay the urge to light a cigar as far as possible. Tell yourself you will give in 10 minutes later. Probably by then, you will have successfully diverted your mind away from smoking. Repeat as often as you can.
• Promising yourself that you will have ‘just this last time’ or ‘just one’ will NEVER help. It only prolongs your addiction and you almost fool yourself into believing that you have quit. ‘Almost quitting’ and quitting are two very different things. You know you deserve better, do not fool yourself.
• Avoid the triggers. It differs from person to person and only you know what your triggers are. Also, be strong. Will power is the foremost method of quitting tobacco.

There are always alternatives and ways out. Tobacco is one of the last things in a healthy person’s life. Try doing justice to your body by letting it live and metabolize in peace. Quit smoking tobacco. 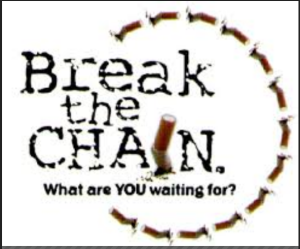