But honestly it is very difficult to define sustainability. To make the concept of sustainability fathomable, a parallel is drawn with the ‘limits to growth’ concept. The idea behind finite limits is relatively simple. We are living on a planet surrounded by space, and the only external input is energy from the sun. So resources such as minerals and fossil fuels are limited, and they are non-renewable: once we have used them, then they cannot be replaced. For much of human history and ever since the onset of the industrial revolution, we have behaved as if we are pushing back the frontiers of endless natural resources. But equally, there have been repeated calls for restraint as well. But despite these expressions of concern, the rate of consumption has continued to increase.

In contrast to the non-renewables, we have the renewables that result from transformation of the sun’s energy such as plants, solar and wind energy and tidal energy depending on the moon. 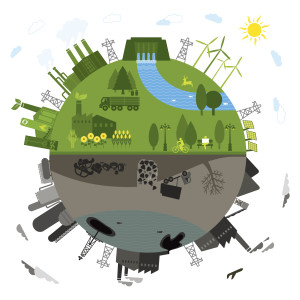 If we were living sustainably within the finite limits of our planet, then we would use renewables as much as possible and recycle as well as reuse non-renewables. But we don’t. We continue to live in a world highly dependent on and run by mining and fossil fuels, with the assumption that when a resource runs out in one place, then human ingenuity will find a new source or substitute. This idea is also endorsed by the politicians and the policy makers as it is too hard to raise voice against the companies that fund the political system and run the economy. For instance, this is highly evident in India right now at the time of the elections where the politicians are enjoying favors from the likes of Adanis and the Ambanis. All parties treat the big business houses with privilege and fail to take actions that disrupt their profitable activity. Also environment degradation and measures of conservation rarely find any mention in the manifestos. This has increasingly led to sustainability being defined by taking the ‘business as usual’ approach to our present activities, with certain tempering to address concerns for the future i.e. the future generations should be able to meet their own needs.

Thus, as far as politicians are concerned, it is easy to make decisions for future generations: they don’t vote and they don’t pay taxes. So the politically acceptable definition of sustainability leaves us with a remarkable conundrum: how can policy for present generations be determined by a group of non-existent people? To add to this, we simply don’t know who these future generations are and what are their needs? To get an idea of the complexity, look around at modern needs and contrast them with the needs of basic agricultural or hunter-gatherer societies, or even the needs of people 50 years ago. You will see stark differences and such changes will arise 50 years hence also.

How do we get around this? How can future generations be provided for?

The limits to growth constraints are self-evident as we live on a finite planet. If we consume everything now, there will be nothing left at all. Thus, the answer lies in the principle of equality. Future generations should be regarded as being equal to present generations. Indeed, while considering the equality principle there is no future, present or past. For example, we are the future generations of past generations.

What we should do instead is act with fairness and justice in the present generation, and that will automatically leave a legacy of fairness and justice for future generations. If we use resources wisely now, and those in the future use resources wisely, then we don’t need to ‘save’ things for the future as we are already looking after them for the present. 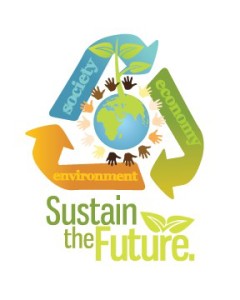 However presently, there is massive inequality and injustice across the world. 48% of the total population lives on less than two and half dollars a day. A recently released book by the famous economist Thomas Piketty states that top 1% in India own 8-9% of the national income. In the United States, 400 Americans have more wealth than half of all Americans combined. The inequalities between countries and within countries are too stark to be neglected. Unless we cater to these and create a system whereby countries are not developed or developing, people are not rich or poor, resources are not free or valuable, we will not be able to create a fair and just world. This may seem a little utopian to start with but we must learn to treat humans, environment and animals with respect. Then only we can undo the inequality of today and leave a legacy of equality for the future generations.