Deforestation and The Uttarakhand Disaster

June 16th 2013, a date that means more or less nothing to you (unless it’s your birthday of course, in which case many happy returns to you!). It does for many others though. That date will be blacked out off the calendar of many households. A date remembered only to regret its existence. A day […]

June 16th 2013, a date that means more or less nothing to you (unless it’s your birthday of course, in which case many happy returns to you!). It does for many others though. That date will be blacked out off the calendar of many households. A date remembered only to regret its existence. A day when people may have lost loved ones, all their possessions, their soul even. The day of the Uttarakhand calamity. 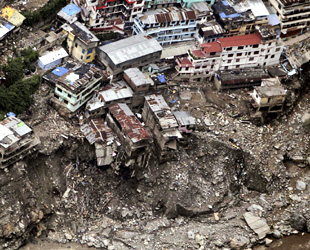 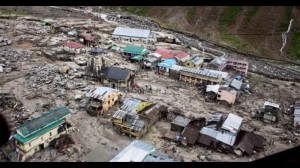 It may very well have been you caught in the flash flood. None of the tourists, pilgrims, or families just looking for a quiet vacation would have seen this coming. And isn’t that always the case? No one who finds himself in the middle of a calamity ever expects it. And we don’t expect our actions to have caused the calamity in the first place. 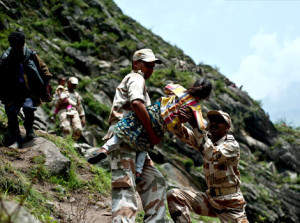 Thank God for our armed forces. Respect to them

Surya Prakash, associate professor of NIDM (National Institute of Disaster Management), traversed about a 1000 kilometres between June 22nd to June 24th. His objective: to prepare a report of the flood and landslide hit area and to talk to the people affected by it. Credit to him, he did this while forging through flooded areas, and witnessing the wreckage which was once a town. The NIDM in one of its early reports has attributed the disaster to:

After gathering data, Surya Prakash himself had this to say in his report: “The area has been denuded to a great extent due to deforestation and tree cutting for road construction, and other activities such as building construction, mining and hydel projects. It has also resulted in increased surface flow and rise of the river bed due to disposal of debris in the rivers.

The natural terrain conditions combined with climatic/weather conditions and haphazard human intervention made a conducive environment for such a hazardous process to take place in this valley.” 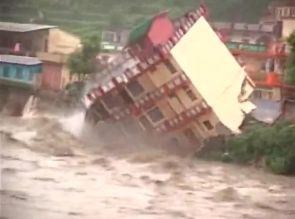 So, are you surprised? You shouldn’t be. You’ve learnt all this during school no? But when has education ever really taught us the IMPLICATION of facts, instead of just the facts…?

Deforestation may seem like a far away issue. I promise you it isn’t. If there is a forest somewhere at the other end of the country, and it is being chopped down, be warned, in some way it will find its way to affect you. And not just you. The entire planet will feel its effect in some manner.

The proper definition of deforestation is the removal of a forest or stand of trees where the land is thereafter converted to a non-forest use. It is something we humans are infamous for. Our most common reasons for deforestation are to clear land for infrastructure, pasture, settlements or plantations, and to sell the wood as timber for furniture, or fuel.

Deforestation has even be used in wars to flush out enemy troops, obliterate their cover, and deny them access to various supplies that they can get in forests. One such incident is very well knows. It occurred during the Vietnam war, when the U.S. and its allies made use of ‘agent orange’ to a terrible effect. 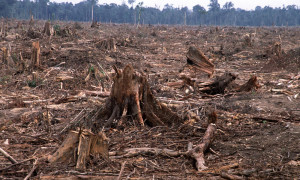 In our selfishness, we have failed to see the same trees that we cut down for our own purposes as the lung with which the planet breathes. It is very common to find economic motives behind the deforestation occurring in many parts of the world. This is because we fail to understand the economic value of an intact forest, and the services it provides to us as it is, and instead simply assign a price tag to the trees like any other commodity. In this we display an astounding level of ignorance, so bad that it requires talent to get there.

Let me give you an example. Deforestation, we know, is a major contributor to the greenhouse effect and global warming. Over the past years, the temperature in India (on an average) seems to have become quite miserable. I remember Bangalore being reasonably pleasant (compared to amchi Mumbai) during the summers, but now even Bangalore feels like a furnace! Have you noticed how much time you are spending with an air-conditioner on? It’s most probably more than you spent in previous years. Just think of the money you could have saved if you didn’t need to buy an air-conditioner and pay a hefty electricity bill for so many months. More trees could have made the climate cooler and prevented extreme weather events like heat waves blowing through. That would have saved you a minimum of around Rs 16,000 multiplied by two (because the average household has two ACs), plus the money saved in electricity, which we can assume to be around Rs 3000 per month, for say 3 months of the year. That is a total of Rs 41000! Not taking into account all the fitting costs and servicing costs and all. And that is only in one area! Do you have any idea of the health problems that can be caused by a dusty climate? Depending on the particles present, your lungs could be severely affected, resulting in all sorts of health problems. And we all know how a trip to a hospital has a way of leeching your savings. 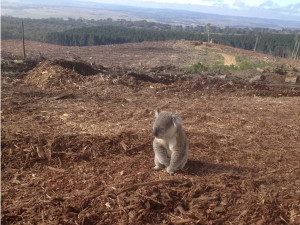 This little fellow sits on what was once his home.

In the interest to preserve biodiversity also, deforestation is an act we must prevent. We need the materials, but we must make sure that Reforestation occurs as well, and deforestation occurs at an acceptable pace. The WWF has stated that every minute, forest area equivalent to 36 football fields is lost, along with 137 species of plants, animals and insects, which equals a whopping 50,000 species a year!!! That is definitely not an acceptable rate. That much deforestation is literally asking for trouble. The last time it was Uttarakhand. Will the next time be near you? 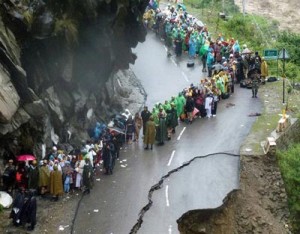 Do all you can possibly do, or you may be the next in line