Energy crisis. During a happier time, anyone you mention this phrase to would have laughed it off, not even knowing what it meant. Not realizing that one day, humans running out of energy to fuel their everyday needs could become a reality. But that time is long past now. Nowadays, every time a person hears […]

Energy crisis. During a happier time, anyone you mention this phrase to would have laughed it off, not even knowing what it meant. Not realizing that one day, humans running out of energy to fuel their everyday needs could become a reality. But that time is long past now. Nowadays, every time a person hears this phrase, he would be hard put to stop giving an opinion about it himself. Because opinions, well they are free of cost, available all over the internet and are seldom valid. The thing with the internet making things so convenient for all of us is that there is an abundance of choice for everything. One never really knows what is true and what is not. It is up to each person’s discretion to decide if what one reads could have some credence to it. That being the case, this article could also be a waste of your time like thousands of others I just disparaged. Nevertheless, you would have to just glance through the website this article is on to come to a conclusion about its credibility.

Now, coming to the content of the article. This article is not one that just gives another opinion about how the world is doomed and we are all going down with it. This one actually lists ways, to those who want to follow, about how your contribution can help save the planet.

There are plenty of things that you can do at home that would drastically bring down your electricity bill. One of those is a DIY bulb. All you need is an empty bottle and some bleaching powder. Any bottle can be used. The only requirement is that it should be transparent. So, here’s how you make the bulb. Take a transparent empty bottle and fill it up to about three-fourths with water. Add bleaching power to this and shake it well. Hang it up in your house in such a place that the bottle receives sunlight. Voila! You have a functioning bulb at the cost of no electricity. A sheet metal plate can be attached to the bottle, and the bottle can be hung from an opening made in the ceiling of the house. Use of bleach helps in preventing algae from growing in the bottle. Water scatters the light. This kind of bulb can potentially provide fifty five watts of power. 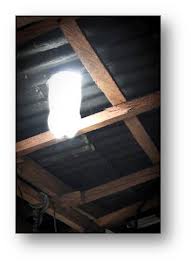 The next tip isn’t even something you have to make. Just unplug electrical appliances when not in use. When appliances are not in use, but are plugged, they act as phantom loads and draw a small amount of power. It has been found that unplugging electronic appliances when not in use can save nearly ten percent in your electricity bills. Another thing that you can do to save energy is when boiling water. When boiling water in a pan or a wok, try keeping the lid on. This ensures that water reaches boiling point faster. This is because, boiling point is the point when the vapour pressure of the water is equal to the pressure of the air around it. When the lid is kept on the pressure increases and thus, boiling point is reached faster. 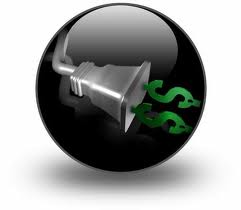 Next, one needs to understand a fundamental fact about electrical equipment. One might be of the belief that an equipment might get damaged if it is loaded up to its rated value. But this is a common misconception. In most cases, the equipment are designed to give maximum power efficiency at full load. Thus, next time you want to do your laundry or clean your dishes, make sure you load the washing machine or the dishwasher to their full capacity as this can help save huge amounts of energy and also save you frequent visits to the laundry room.

Finally, a concept that has been gaining in popularity is community travel. This is a situation where people in the same area whose work places are also close by team up and travel together to and from work. Suppose there are six people in an area who work in adjacent blocks. If these people travel in separate cars, the same distance would be covered by each of the six when there is plenty of space within a single car. Thus, five times the amount of gas can be saved in this example.

All the tips listed here, they do not need any kind of extra education or any sort of qualification to implement. All it requires is a will to save the future, which after all, is a product of what we do every day. Do you have what it takes to shape the future?