You are here: Home \ Environment \ Resources \ Watt you save is watt you gain
Environment
0

Watt you save is watt you gain

Electricity. This word should generally evoke a feeling of power. A feeling of shock and awe at one of the most discoveries that man has ever made. It is an index of development these days, and the amount of it produced and consumed gives us an idea of how developed a country is. But in […]

Electricity. This word should generally evoke a feeling of power. A feeling of shock and awe at one of the most discoveries that man has ever made. It is an index of development these days, and the amount of it produced and consumed gives us an idea of how developed a country is. But in most developing or underdeveloped countries, electricity generally evokes a feeling of despondence and dissatisfaction. Despondence because the amount that is promised to most sections of the rural areas is never delivered and dissatisfaction with the ruling government for the same. Electricity, or lack thereof, has thus, put the people in a state of permanent hopelessness that their lives would never get better.

For example, in India, some areas experience power cuts for more than ten hours a day. The plight of these prisoners of birth is unimaginable. By chance of being born in a particular area, they have to accept all the travails that come as a package deal. What would the state of farmers and small scale industrialists in such areas? Such people are dependent on power to run their industries. The farmers, for irrigation using pumps; the industrialists for running their machinery and so on. Just a few hours of loss of power, that too at the wrong time can impact their productivity severely in an adverse manner. There would a tremendous loss of resources, time and money for the industrialists who cannot afford a back-up generator if power was cut in the middle of production. In addition, there is a huge amount of loss for the government because these industries consume a significant amount of power. Now, they are ready to pay for it, but the government is unable to produce enough. A really poor business man indeed, one who is unable to produce and sell what the public is willing to pay for.

So, what can we do to deal with this? There may seem to be no simple solution to a problem as humongous as this, but there rarely isn’t. And this is one of those fortunate times when a solution, simple in conceptualization does exist. The writing’s on the wall. Loud and clear. Generate More Power! The thing is, more power can be generated. But it should not be at the cost of the environment or deplete the already rapidly vanishing fuel stock. Thus, only one thing can be done at this point really – turn to alternate sources of energy.

Now that that is decided, the way forward is fairly clear and peppered with options. There are several alternate sources that are just begging to be used. One such source, the biggest and the most inexhaustible, at least as long as the Earth prevails, is that of solar power. Solar power is already being used in many parts of the world as an able substitute for fossil fuels. It is a clean and green option which may be a little on the expensive side to set up, but certainly one for the future. The next option that is available is that of wind power. This too has been widely used European countries mainly for generation of power. Another option is that of nuclear power. This is much more dangerous than the conventional sources, and the waste generated can be very harmful to the environment if not disposed of according to international standards, but has a potential for nearly unlimited power. The nuclear power plants that are functioning these days extract only a part of the energy released by the fission of neutrons. If their full potential is harnessed, relatively small contraptions, like the bombs dropped on Hiroshima and Nagasaki during World War II, can provide a huge amount of power. Once again, it is up to us to use this power for productive purposes, rather than for destructive purposes. Just as every coin as two sides, or as even the brightest lamp casts the darkest shadow, there will be flip sides, to all kinds of technology, nuclear more than most. It all depends on the user. 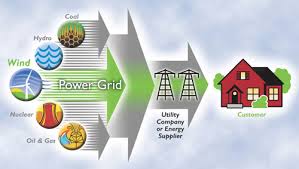 Or, there is a much, much safer way to increase the power produced in a better way to meet the power needs and save the environment. SAVING. In every household, there will always be appliances that are connected to the power supply even when not in use. Disconnecting these appliances will save power, albeit a small amount. Methods such as this will have an effect, though barely noticeable. There are methods that will produce a much more pronounced effect on power saving. Everyone knows that air conditioners consume a large amount of energy. Having even one on for a few hours is sure to substantially increase your electricity bill. That being the case, spare a thought to the millions of offices in the world which have many such air conditioners on full time. How much power would they consume? This, even after the fact that the general consensus being that the temperature gets a little too chilly in offices. Wouldn’t it be better, for oneself, and for the world as a whole, if these are programmed in such a manner that they are on only for a part of the time, and get switched off when it gets sufficiently cool, and get switched on after a while according to some pre-programmed means?

If you have not thought about this, now would be a good time.

Watt you save is watt you gain.