You are here: Home \ Environment \ Resources \ When the Well will be Dry !!!
Environment
0

Water touches every aspect of life and in India uncertainty over the availability of this basic resource is reaching making the citizens of India believe in a crisis-like situation. As India continues to undergo dramatic shifts caused by a growing economy and population, competing demands for this limited resource coming from households, industry, and agriculture […]

Water touches every aspect of life and in India uncertainty over the availability of this basic resource is reaching making the citizens of India believe in a crisis-like situation. As India continues to undergo dramatic shifts caused by a growing economy and population, competing demands for this limited resource coming from households, industry, and agriculture have wide-ranging consequences for the country’s future.

The World Health Organization estimates that 97 million Indians lack access to safe water today, second only to China. As a result, the World Bank estimates that 21% of communicable diseases in India are related to unsafe water. Without change, the problem may worsen as India is projected to grow significantly in the coming decades and overtake China by 2028 to become the world’s most populous country.If the situation remains the same then there will be chaos everywhere for water. 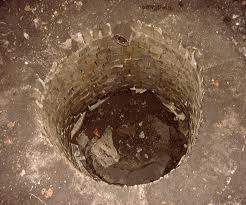 Wells will be dry soon, if nothing is done to save them.

India’s water crisis can be rooted in three causes.

2) The second cause is poor water quality resulting from insufficient investment in urban water-treatment facilities. Water in most rivers in India is not suitable for drinking and sometimes even for washing. Despite the Ganga Action Plan, which was launched in 1984 to clean up the Gange River but in 25 years, much of the river remains polluted with a high coliform count at many places. Moreover, industrial effluent standards are not enforced because the state pollution control boards have inadequate technical and human resources.

3) The third problem is reduction of water table due to over-extraction by farmers. This is because groundwater is an open-access resource and anyone can pump water from under his or her own land. India extracted 251 bcm of groundwater in 2010, whereas the United States extracted only 112 bcm. Further, India’s rate of extraction has been steadily growing from a base of 90 bcm in 1980, while this rate in the United States has remained at more or less the same level since 1980.

The study further observed that operation and maintenance of water treatment plants is poor in all towns studied. There is an urgent need to install new water treatment plants. Also, the industry releases highly toxic effluents that are hazardous. While it is the responsibility of the government to take efficient plans in proper usage of water, it is our moral duty to support the cause in our own ways.

Firstly, the central and state governments should empower local groups with knowledge, understanding, and information on the status of groundwater so as to manage its extraction in a cooperative way. When everyone does this, it leads to extraction above a sustainable level. This problem can only be managed by a cooperative agreement among the users of the aquifer, who should know how much can be extracted without depleting the resource. The state can monitor and provide this information. Mexico’s efforts at cooperative management of groundwater suggest that this practice can work.

Secondly, India must educate people about the need for dams to store water. The environmentalists and other groups who oppose dams should be engaged in a dialogue to work out alternatives and build a consensus.More dams can be built, if the government provides adequate housing facilities to the people who have to abandon their houses and lands because of the building of dams.

Third, India needs to promote watershed development. The example of the state of Guajarat, as well as the efforts of Rajendra Singh and Anna Hazare, have shown that this approach is effective and profitable. Moreover, it can be undertaken at the local level all over the country and can be accomplished in a relatively shorter time. If such small efforts are undertaken all around the nation, these can be really efficient in conserving water. 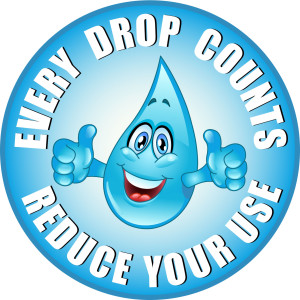 Start with saving a drop. And you’ll end up saving the Earth.

I can imagine a terrifying world where the phrase “water,water everywher but not a drop drink” , will not be just an utopian vision. The only need is to change the habits. Change the attitde towards nature. We must conserve water for a peaceful world ahead. For it will be difficult to imgine a world without water, and impossible to live in such a world.