Aquaculture is basically  fish-farming that considers aquatic organisms like mollusks, aquatic plants and also fish. The first Eco-clean fish farming was started and executed in Israel. Thereafter, it began to spread around the world. With the increasing population of human beings around the globe, the demand for fishes and other aquatic animals is also on […]

Aquaculture is basically  fish-farming that considers aquatic organisms like mollusks, aquatic plants and also fish. The first Eco-clean fish farming was started and executed in Israel. Thereafter, it began to spread around the world.

With the increasing population of human beings around the globe, the demand for fishes and other aquatic animals is also on the rise. If this problem persists, then it can cause a problem called as ‘overfishing’ where the oceans get drained of all the fishes. This is why the process of fish farming has come into existence. The fishes here are grown artificially outside the oceans and this technique of aquaculture is said to provide 47% of the aquatic food just by fish-farming artificially. But, this again causes severe pollution because many toxic chemicals are used in these fish farms and also some antibiotics to prevent any disease and also spreading of them.
This harmful and pollution toxic based farming was again a nuisance and had to be stopped. This is why the Eco-friendly fish farming was introduced. Here, this ecologically safe aquaculture includes a zero discharge and closed recirculation which avoids any kind of pollution in the surrounding environment. 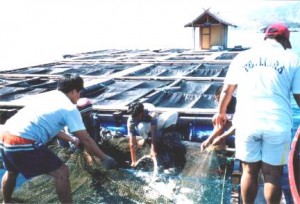 The sustainable Eco-culture was said to cause the least pollution. In conventional fish farming, the wastes are directly given to the oceans and cause serious threat to the aquatic lives in the oceans. The most unique feature of this Eco-clean aquaculture is that these pools are filled only once and it is a system where there is absolutely no water exchange from the oceans. They are initially filled with  mostly freshwater and then sea salt is also added to it. It was said that at the end of the trial, the organic residues which are normally obtained are considerably less. There was also no toxic matter in these pools such as lead or mercury. Therefore there is no harmful discharge to the oceans which maintains the cleanliness.
Making fish farms clean and Eco-friendly:
The aquaculture wastes have been a major cause of concern for several environmentalists around the world. The entire process is done in clean and controlled conditions. This doesn’t have any impact on the environment nor will the environment impact on this aquaculture. Since, there is no harm coming from the outside, the antibiotics that are generally used of the safety of the aquatic organisms are not used. This makes controlled aquaculture a very clean and ecological way of fish-farming. Also, the water that is used here is also recycled regularly. The water that is removed out of the culture is not mixed with oceans instead they are converted into methane . Moreover even the fish food that is added to these pools is generally grains and algae which do not cause any harm. Indoor fish farms are indeed a clean process of  aquaculture. 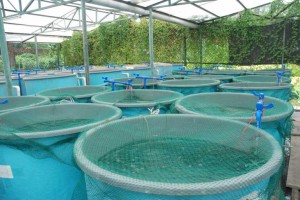 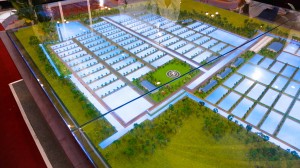 Sustainability of aquaculture is an essential criterion in the modern day. There are several aqua farms coming up but their sustainability is what that matters.
Any aquaculture farm can be turned into a sustainable one by observing the following conditions:
Aquaculture with recirculation techniques:

This is actually another Eco-friendly technique. Here the water is recycled and circulated in the pool and discharge of the polluted water into the oceans is prevented. There is water-based cultivation of plants too which are very useful in cleaning the water and making it more useful for reuse. Recirculation aquaculture systems is indeed a very useful technique as it causes negligible pollution and have little requirement of space. They also very little water of about 99% of less water when compared to the conventional fish farms.
Nowadays a huge number of women are involved in these fish farms. The M.S. Swaminathan Research Foundation in southern India also encourages and provides training to women to begin indoor fish farming and aquaculture operations. This operation has helped large amount of women to participate actively in these activities and has improved the lives of rural women.