You are here: Home \ Environment \ Forests and Tribes
Environment
0

It has been reiterated ample of times now, how cutting down of trees, timber extraction, mining, dams affect us but the less discussed subject of the effect it has on forests and tribes is so broad that it alone could form a separate topic of discussion. Several […] 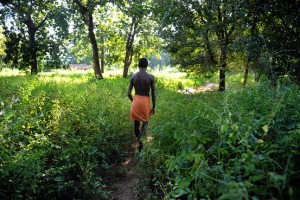 It has been reiterated ample of times now, how cutting down of trees, timber extraction, mining, dams affect us but the less discussed subject of the effect it has on forests and tribes is so broad that it alone could form a separate topic of discussion. Several researches have been conducted to this effect and multiple reforms, social welfare programmes have been initiated to undo the wrong done to the tribal communities. But yet the mainstream population continues to be unaware of the struggle that they put up every day in order to find a place for themselves in the majority dominated social order. 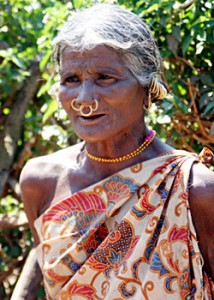 Forests are a necessity to restore the carbon balance and it is for our benefit that we have diligently taken to sensitizing and spreading awareness regarding the importance of the color green but what about the thousands and thousands of people who depend on it for their livelihood? The forest areas are home to deep-rooted tribal traditions and ages long culture which members of their community have tried to protect with their blood. The forest provides the tribal population and other communities with shelter, food, raw materials, household equipments, tools, medicines, fodder for cattle, cultural items like ornaments and religious items etc.

Their life and economy is so intimately connected with the survival of the forests that denying them the access to the green land will mean to threaten their very existence. Millions of tribes and their societies have been exterminated in the name of industrialization and globalization. How the mainstream societies have initiated their gradual destruction is a harsh tale of the majoritarian tyranny. Usually factories and industries are set up in the closer to forest areas where the population is not dense, to provide for the fullest utilization of a large area of land, cheap raw materials etc. By means of a newly set up factory, labourers and workers satisfying various needs of the factory move to the place around the factory, setting up a township. While they gradually outnumber the tribal population, it leads to the eviction of the tribes as they are dislocated from their own homes. The phenomenon that facilitates the process is that they do not have any legal claim over the forest or in other words, their right to livelihood is not sealed by legality of terms, documents and papers.

Initially the Government of India had followed a philanthropic policy of empathizing with the tribes and their diverse needs, as marked by the Nehru-Elwin model. The people in the tribal communities were in charge of their own fate as the government chose only to guide them in a manner which is sufficient for their traditional development and cultural progress, refraining to interfere in their business unnecessarily. The policy also meant to check that the tribal areas are not overpopulated to outnumber the tribes for the sake of development. However, there was a striking change in the policy followed by the government as succumbing to the pressures of modernization, globalization and industrialization, the government ruled that the problems that the tribes face in today’s world are by no means peculiar to themselves and no exceptional or unique policy should apply to them in this regard. 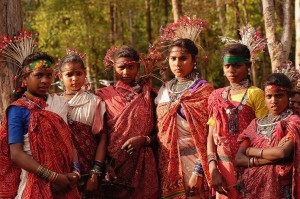 Thus the turn that government took with their approach to the tribal communities accounted for the beginning of a new struggle, a struggle for their identity. As the government devised new laws and regulations to protect the forest areas, it denied a number of tribes their livelihood, shelter, basic necessities. Devoid of the government safeguard, the tribes now had to compete with the mainstream population to secure a place for themselves in the society by means of reservation and other opportunities that the government threw open in the name of social welfare. But many of the tribes had to struggle to get themselves recognized as Scheduled Caste or Scheduled Tribes under the Government of India to avail the opportunities assigned to them. Many of them are still struggling.

The fact that majority of the tribal people are unaware of their rights and the successive legislation to protect them has made the situation worse as it has also given way to illegal sell of their land to the non-tribal people, illegal eviction etc. It becomes imperative to mobilize the tribal population for their own benefit and also to protect their culture which is a country’s heritage, a cultural asset. The hospitals and developmental programmes that have taken place to this effect has hardly ever reaped any positive result as it does not take into account the concept of sustainable development nor do they compromise to fit the criteria and demands of illiterate tribes. Though there are stories of success but one should never lose sight of the grand failure of the tribal schemes in accounting for the slender cases of success.