With an increase in the number of vehicles and the harmful release of gases, our green environment claims are sure to go up in fumes. That is when the idea of a ‘green vehicle’ comes into the scenario. What is a green vehicle? It can also be termed as an environmentally- friendly vehicle that doesn’t […]

With an increase in the number of vehicles and the harmful release of gases, our green environment claims are sure to go up in fumes.
That is when the idea of a ‘green vehicle’ comes into the scenario.

What is a green vehicle? 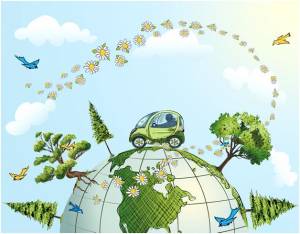 It can also be termed as an environmentally- friendly vehicle that doesn’t cause as much harm to environment as the traditional fuels like gasoline or diesel .

Why are green vehicles gaining prominence?
The conventional cars use fuels like gasoline or diesel for internal combustion and these fuels are non renewable and will one day surely run out .Furthermore, burning such fossil fuels release greenhouse gases into the atmosphere which in turn damages the environment. So, this has led many engineers to build green vehicles.
The production of oils is also very hazardous and this brings to my mind the BP deep water horizon disaster oil spill of 2010. Oil spills are not only extremely dangerous but they also are ruin the natural habitats and the flora and fauna as well.

Checking how ‘green’ the vehicles are only means to check the amount of carbon dioxide released due to them. If a car releases a decent amount of 100gm/km or less then it is rightly called as a green vehicle .Also, the tax band indicates how green it is. If the tax band is lower, then it is greener.

There can be large reduction in cost as well as energy by using green cars.
*Alternative propulsion is one of them. Green cars use renewable sources throughout their operational phase .Thus, eliminating the need for fossil fuels.
* The vehicle is made lighter in weight so as to improve the fuel economy and also cuts down your fuel bill, substantially.
*Proper maintenance of the vehicle essentially cuts down the fuel cost too.

Some of the types of green vehicles are electric and fuel-cell powered.
Electric vehicles are better and more fuel-efficient when compared to fuel-cell powered, as the name suggests. This is the main reason why the battery or electric powered vehicles have gained phenomenal demands. They use chemical energy that is already stored inside with a battery that is rechargeable. 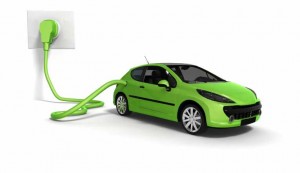 The main advantages of this being rechargeable batteries, green vehicles are quieter compared to conventional cars and moreover, they are also provided with regenerative braking .
The only problem lies in the discharge of the battery which effects the maximum available distance for the transport before the battery is drained. But, this vehicle can travel hundreds of miles before discharging its battery. Hence, the drawbacks are naturally overlooked considering the amount of advantages it is loaded with. 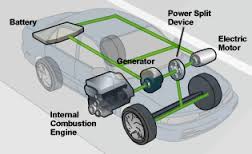 They can be both fossil fueled and hydrogen-powered as well. The only drawback is its cost. It is more expensive.

There is one more method wherein the conventional cars are improved to obtain better fuel-efficient results.In such cases, renewable fuels are placed by non-renewable ones.
The vehicles that run on gasoline can also be powered by ethanol. Brazil once manufactured such cars but they were eventually discontinued.
Diesel powered vehicles can also be made to be biodiesel powered, but with an ultimate damage to its rubber seals (This was the case in the ones built before 1994).Also, biodiesel is a very strong solvent and it clogs the filters too.
Another method is by using compressed natural gas (CNG). Brazil, India, Iran, Pakistan, Argentina are told to have the largest number of natural gas vehicles in the world.

Why are solar vehicles called the most energy efficient vehicles? 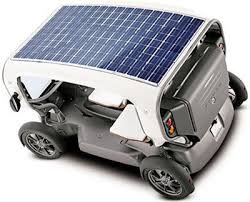 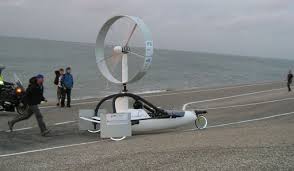 These mainly use wind turbines that convert the wind energy into electrical energy by placing the turbines at a predetermined strategic position that would convert the maximum wind energy available. 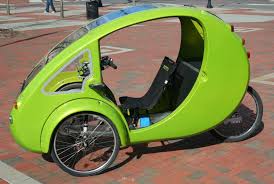 They are the organic transit vehicles .They are like the conventional bicycles. Using the pedal power, electrical energy is produced and these vehicles are also termed as ELF bikes.

This surely left us introspecting about how we personally use our vehicles and how much of damage we might have already caused to the environment.
It would be only wise to show some frugality in the saving of the non-renewable resources by replacing them with renewable ones and thus encouraging the use of green vehicles for a better tomorrow and today!