The nature has this wonderful systematic structural way of working. How every being on earth is dependent on the other and these is this perfect ecosystem in place. However, we myopic humans, who tend to believe that we are the masters of the nature are constantly working towards damaging this structure without realizing that it […] 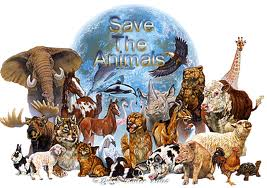 The nature has this wonderful systematic structural way of working. How every being on earth is dependent on the other and these is this perfect ecosystem in place. However, we myopic humans, who tend to believe that we are the masters of the nature are constantly working towards damaging this structure without realizing that it is going to get back at us. We are endangering our own survival by so recklessly killing these animals. So what if poaching is banned, we have found out other creative ways to extinct other species. In my article I am going to talk about a few of them.

Imagine being trapped in a cage, being constantly beaten, made to perform for people and then left for a public display. It is bad how in a world that offers so many species, lives, colors and distinct behavior, it has such bad masters who don’t value the treasures that nature provide us. How we being the only one win with brains and the ones who have managed to master over all other species fail to recognize the harm we are bringing to ourselves by being so cruel to the other species. Most of us now understand that all human beings need to be treated equally like living beings. We fail to see that even animals need to be treated like living beings, beings who also feel pain, who want to survive, who are a part of our world. It is high time we stop treating animals like animals.

It is funny how we get Goosebumps when we see any sort of violence being inflicted on a human, but it fails to raise our conscience when the same thing happens to an animal. How we disgust even the idea of humans suffering for the sake of entertainment but fine with using animals for the same. Circuses, amusement parks, zoos, rides, dog or horse or bull racing, the fields in which animals are exploited are numberless. We need to feel bad for this sort of objectification of animals. These animals are abused, beaten and treated very badly in the name of training. We expect them to behave according to us knowing that they don’t have brains like us to understand. Aren’t we really smart! Of course we are making the best use of this gift that nature has given us. We are using them for business, to make money. It is strange how quest for pleasure and money can make man fall to the lowest of lows in demonic behavior. I wonder who really deserve to be called animals, they or us? We see on television how these animals are in their best form and are so effortlessly used to generate laughter. I wonder if we can even fathom the amount of pain and beating it would have taken to get those scenes right. Amazing how we laugh at someone’s pain and think there is nothing inhuman in it.

Then we have zoos and believe that we have taken this great responsibility on ourselves to preserve wildlife and we are doing a great job. Whom are they fooling? First we go around doing massive deforestation, clearing large amount of forest areas and snatching their natural habitat from them. Then we put them in artificial environment, in cage, restricting their freedom and shamelessly call it preservation. This way we not only doing the unethical act of keeping them restricted but are also robbing them of their natural instinct. These animals loose their natural instinct to survive, to hunt, to mate when kept in cages. They are given food inside the cages. They become similar to non living beings. Funny how somebody’s entrapment becomes a mode of entertainment for us. If we really are so interested in watching then, why not keep ourselves in cage and then see then in their natural self. Now drifting away from one sort of exploitation and entering another, we see how these animals are massively killed for the food industry too. We can be devils enough to kill being for the sake of dinning pleasures. We don’t bother about the lives that live within the bodies of these helpless being and go ahead and impose our will on the nature.

Well, finally comes in the entire idea of using these animals for bio-medical researches. Humans over time have come up with another innovative idea to traumatize these animals. They use animals to test all the new medicinal products. This is done just in case to ensure any fault in the medicine that might cause harm. What rights do we have on the bodies of these animals? What right do humans have to inflict this pain on these animals? Are we left with no ethics? Laboratories often use rats for these experiments. This is done because rats in a way represent mammals and their behavior is somewhat similar to humans. Also, the reason that rats reproduce so rapidly is why rats are used so extensively in these experiments. However, I fail to understand this indifferent human behavior of treating this species as just a substitute for humans in experiment and not otherwise recognizing their distinct existence as another species. A survey showed that more than 90% of these bio-medical experiments done are either for cosmetic products or household material. We are so self-obsessed to recognize the harm we are doing to the nature. We are risking the life of an animal for something which is not even necessary. However, no matter how smart we would like to believe that we are. We still remain the most foolish creatures in the world who have set out to destroy themselves. We don’t understand that if other species don’t exist, it won’t take us long to disappear from the face of the earth. It is better that we realize this folly sooner than it becomes too late to amend anything. 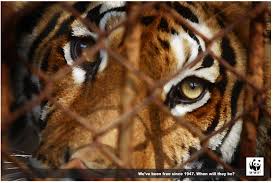