The Mining effects and green solutions

Mining has several environmental impacts that people around the globe are surprisingly ignorant about. Erosion, groundwater depletion and also loss of biodiversity is caused by the mining effect. Moreover, there are several chemicals that blend with the surface water during this process. Some of these mining processes do have some grave impacts on human health […]

Mining has several environmental impacts that people around the globe are surprisingly ignorant about. Erosion, groundwater depletion and also loss of biodiversity is caused by the mining effect. Moreover, there are several chemicals that blend with the surface water during this process. Some of these mining processes do have some grave impacts on human health as well. Several mine field workers have faced serious health threats due to the mining work that they indulge in. 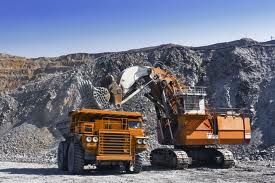 The impacts of mining:
The negative consequences due to the mining process are quite many. This has been a major threat to the people around the globe. Here is why:
1) Poisoning of the soil:

There are several chemical processes that are involved in mining which have resulted in poisoning and eroding of the soil. There are also greenhouse chemicals and toxic chemicals which can cause the global warming havoc. Also, there is mining methane which is released during the process that is about 20 times more powerful than the carbon dioxide. Mining has also caused several other soil problems like subsidence of land and contamination of soil. 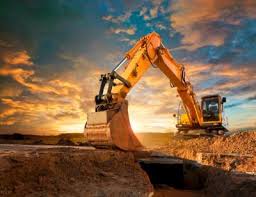 2) Strip mining which mainly causes the scraping away of the rocks from the earth’s surface has resulted in the loosening of the soil and also pollution. It also sabotages several wildlife habitats and also forests stretches. This has considerably affected the lives of several animals which have now become extinct. Moreover, strip mining also causes dust and noise pollution
3) Underground mining is another process wherein coal and other minerals are extracted from the deeper deposits but this has caused problems and one such problem is subsidence of land. When the deeper deposits are extracted, the soil below is loosened and the earth gives away. It also immensely affects the water table especially the groundwater level and changes in the flow of the streams. It also produces excessive greenhouse gas emissions.
4) Coal fires:

In many countries there are problems like coal fires generally seen in mining areas which have caused a lot of environmental pollution. The coal fires that occur underground can be a blend of several gases like nitrous oxide, carbon dioxide, methane, sulphur and many other chemically toxic and harmful gases. These coal fires can cause rise in temperature and also severe contamination of soil, water and also air.
These coal fires are generally caused by improper mining techniques that can result in massive losses in the mining areas. The coal fires have also helped countries like Indonesia to clear the rainforest. Yet, these fires can eventually cause a lot of damage to the environment and surroundings especially if they are not under control. 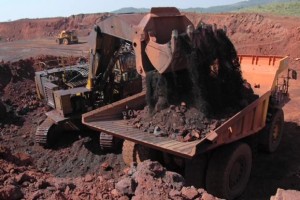 This is mainly caused when the water underneath mixes with the metals in the process of mining and results in severe contamination of the water and can affect human beings as well as animals as they leak into the ecosystems and natural habitats,. The water bodies get contaminated through this technique which destroys several plant bodies as well.

Health problems due to mining:
1) The toxicity of metal can cause problems due to mercury, fluorine and also arsenic. These metals enter the food chain and affect all the animals in suit.
2) Mining also cause lung defects like Pneumoconiosis which is due to the inhalation of coal and other dust particles in the process of mining. Several people who work in mining areas have even died due to these diseases. The collapse of several mining areas has also resulted in deaths. This apparently causes deaths of several thousands of workers every year around the globe. 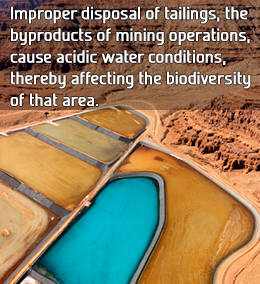 How do we curb the environmental impacts of mining?
The hazardous effects of mining can be reduced to a minimum extent just by our small individual efforts. The best way of minimizing this process of mining is by using more of recycled materials rather than mined products. You can even use the recycled tin cans rather than buying new ones. If everybody takes small efforts in realizing this then surely the environmental effects of mining can be curbed substantially. Another way is by reducing the consumption of minerals. Instead of buying new metal implements, we can even depend on the implements that we already possess. This can also be practiced by reducing the number of vehicles you buy. Having many vehicles in each household might seem like a matter of luxury but at that same time you are snatching the minerals from mother earth and making the planet weaker and also polluted. The best solution of this would be to have only one vehicle per household or even using public transportation frequently. So, the best way to condemn excessive mining is by following the mantra of Reduce, Reuse and Recycle.
Also, the cleaning of the old and abandoned mining sites is also essential. The government or the respective company must take proper measures in cleaning the environment after the process of mining.

Mining does have numerous environmental impacts but the severity depends only on the amount of minerals consumed by the general public. Once we entirely pollute the environment, there is no way to revive a pollution-free planet. So, we must act now and put forth decisive solutions to problems like this and help our mother earth grow into a greener planet.