You are here: Home \ Environment \ The Green Revolution
Environment
0

The origination of the term Green Revolution is attributed to an American scientist, Norman Borlaug . He was indulged in a research in the 1940’s to produce high-yield varieties of wheat that could provide resistance to diseases. In the year 1960, Mexico became an exporter of wheat. Consequently, the green revolution technologies were encouraged in […]

The origination of the term Green Revolution is attributed to an American scientist, Norman Borlaug . He was indulged in a research in the 1940’s to produce high-yield varieties of wheat that could provide resistance to diseases. 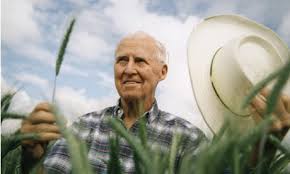 In the year 1960, Mexico became an exporter of wheat. Consequently, the green revolution technologies were encouraged in developed as well as underdeveloped nations and the research related to this was funded by many government agencies and other agencies like Rockefeller foundation and Ford foundation too. 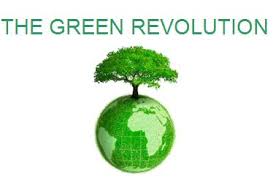 An international research foundation was then formed at Mexico with the name ‘ The international Wheat and Maize Improvement Center’.
During the early 1970’s, India suffered a famine and it was Borlaug and Ford foundation that came to their rescue. A new variety of rice was developed in India and the research commenced. Today, you might be surprised to know that, India has become one of the leading rice-producers.
Moreover, even Pakistan produced 8.4 million tonnes in 1970 and India produced 20 million tonnes in 1970.
The US agency for international development (USAID), considering the exponential growth of crops in India and Pakistan, proclaimed that it was indeed a ‘green revolution’ and that’s how the term ‘green revolution’ came to be known.
There are a number of measures that had to be implemented in order to turn this into a global revolution.
1) Rural infrastructure improvements
2) Chemical fertilizers
3) Irrigation including sprinklers and drip irrigation.
4) Land reforms and supply of agricultural credit

The green revolution included varieties of grains that were bred, mostly domesticated, and were solely grown by the fertilizers that were pertaining to the green revolution techniques. There was an accelerated growth of grain per acre as a result of this. Moreover, plants that contained the largest of the seeds where expected to have a better production. These seeds then created a heavier yield when compared to the others.

The green revolution inexplicably changed the traditional practices in agriculture. Before the advent of green revolution era, the crops were grown in areas where rainfall was heavy and the drier places were intentionally avoided. But, after the green revolution practices came into power, through irrigation, the crops could be grown even in drier areas and the required water was provided for the growth. Thus, the crop yields went on increasing and food production increased around the globe. Countries like China and India that formerly faced tragic famines, did not face it after the implementation of green revolutionary techniques.
The negative impacts have also increased with the improvement in green technology. Some of them being:
1) Overpopulation around the world due to an increase in the food production.
2) Countries like Africa haven’t witnessed much of this ‘change’ due to the poor infrastructure, poor facilities and unfortunate government corruption. Also, there is no viable transportation which is another major hindrance. 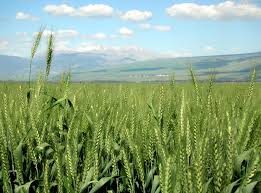 Agricultural biotechnology also gained prominence in places where the conventional plant breeding was not successful. Countries like Africa do have a better future with agricultural biotechnology. African farms have razor sharp grasses and this serves to be a hindrance for the farmers there. This problem can be eliminated by using herbicide-resistant crops.
Furthermore, biotechnology helps in yielding better amount of crops on a smaller piece of land that makes it an efficient way of crop-production.
The green revolution in India: 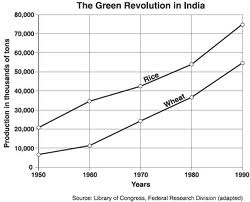 Frequently occurring famines in India created a lot of havoc since the majority of the population did not get enough food and there were deaths of about 4 million people that year. It thus resulted in starvation and also malnutrition in many people.
With the green revolution, the famines were no longer seen and the dependence of the country on food imports from other countries also substantially decreased.
The three basic measures that were taken in India were:
1) Double cropping on farmlands.
2) Farming areas were substantially increased.
3) Using genetically improved seeds.

Two crops were cultivated in a season rather than only one in a season. The conventional growth of crops was during one season and in the next season, the crops were grown with the implementation of irrigation. Thus, there was growth of crops throughout the year.
The Indian council for agricultural research was reorganized in 1965 after being established in 1929.
After the improvements in green revolution, there was a surprising grain output of about 131 million tonnes .This also had many other advantages like jobs for a large number of agricultural as well as industrial workers too.

Though there was a large production of food grains , it was confined to a few varieties of crops alone and it did not include many of the other agricultural produces. The harmful pesticides and chemicals that have been used for these purposes have not only caused health problems to the agricultural workers but also the consumers too. Besides, genetic erosion is another problem that has risen.

Though green revolution has got its own drawbacks, the positive outcomes are what that don’t go unnoticed. It has not only benefited a developing nation like India but also provided with sufficient food to the many countries around the globe!