You are here: Home \ Health \ Exercise your way to being Healthy
Health
0

Exercise your way to being Healthy

One usually associates exercise with a well-toned body, bulky biceps and tight fitting t-shirts. Exercise is more than that. Wikipedia defines exercise as any physical or bodily activity that maintains or enhances health and overall wellness. Miriam Webster defines exercise as a movement or a series of movements that are done to become stronger and […]

One usually associates exercise with a well-toned body, bulky biceps and tight fitting t-shirts. Exercise is more than that. Wikipedia defines exercise as any physical or bodily activity that maintains or enhances health and overall wellness. Miriam Webster defines exercise as a movement or a series of movements that are done to become stronger and healthier. Note that in none of the above definitions does looking like a model or like the next Arnold Schwarzenegger feature. Exercise is not about pushing yourself to the edges of your physical limits. Rather, it is about giving yourself a boost, an infusion of freshness so that your day feels better than most.

Most people exercise to ward off what they see as potential death threats, diseases that can kill or make one’s life really uncomfortable. To them, exercise is a means to prevent diseases like diabetes so that they do not have to take insulin shot every other day throughout their lives, or to reduce cholesterol so that the dreaded jab of pain in the left arm never occurs to either consume their lives in one go, or to just lurk around as an imminent threat, never knowing when it will strike.

What a majority of the population does not realize is that exercising has many, many more benefits that are subtle, but do have a telling effects once one actually pauses to view them in retrospect. One of the most agreed upon benefits of exercising is its role in relieving stress. Studies have found that exercising can actually counter the negative effects of stress. Naturally, a curious mind jumps to the question, ‘What makes this possible?’ The human body is the most wonderful device that man never created. It is a collection of organs that operate based on specific signal input/output from and to each other. And exercising does precisely this. It causes certain chemicals to be created which play an important role in relieving stress. Regular exercise through a disciplined regimen can go a step further, and can alleviate anxiety and depression. In addition to reducing depression, exercising can also cause happiness and euphoria through the secretion of chemicals called endorphins. Thus, exercise can be done for no purpose other than just mood upliftment.

Another thing that one has to realise is that exercise is not just about lifting weights and striking complicated poses in an aerobic programme. It can just be a short brisk walk, a quick jog, climbing a few flights of stairs, something that signals to the brain that you are physically active. Such kinds of short workouts go a long way in keeping your brain fresh and active for the whole day.

One effect of exercise that everyone knows on some level is that it makes us feel confident, that we have done something worthwhile today, a sense of pride when one looks into a mirror. You may feel inordinately pleased about yourself and have a hard time wrapping your head around the why of it. The answer is simple. It is just exercise. Another fact that one knows but hardly acknowledges by following what it says is that the benefits of exercising increase manifold when done in the open air. The benefits of soaking up vitamin D to our bones is well-known. Yet, one prefers the comfort of her home when exercising. She convinces herself that it is because she feels more comfortable in the confines of her home, but let’s face it. She is just too lazy to get out. Plain and simple. 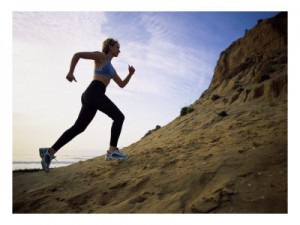 Other effects of exercising on the brain involve action of the chemicals and impulses that are generated by exercising on a fundamental level. The chemicals act on the cellular processes that cause aging and actually slow it down. Studies have shown that women who exercise regularly age much more slowly compared to their slothful compatriots.

As is being insisted again and again, exercising has a profound effect on brain activity. As one grows older, some brain cells die which causes impairment of certain functions of the brain that involve learning processes. But exercise can help counter this. Exercising can stimulate the formation of neural connections that help in sharpening the memory and increase the powers of retention. An obvious example of this would be children in their early stages of development. Doesn’t one always wonder at the sheer mass of words, people, sounds, and so on that children are made to learn these days? A child has to learn a new language when it learns to speak, learn to recognise relatives, different sounds, the list is endless. One is amazed by how a child is able to make sense of the cacophony of things it encounters. The answer lies in how active the child is. Does one ever see a child that is sedentary for more than a few minutes at a time? Never. That is what helps the child do so much in so short a period of time. The constant running around that it does ensures that there is always brain activity that enables a speedy process of learning and memorizing. 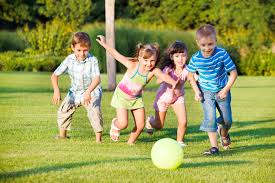 One can go on and on about why exercising is beneficial. But I think I have made my point here. The bottom line is that exercising is the way to better health, both physical and mental. It is up to you to decide whether you want it or not.